There is an Israel beyond the gunfire 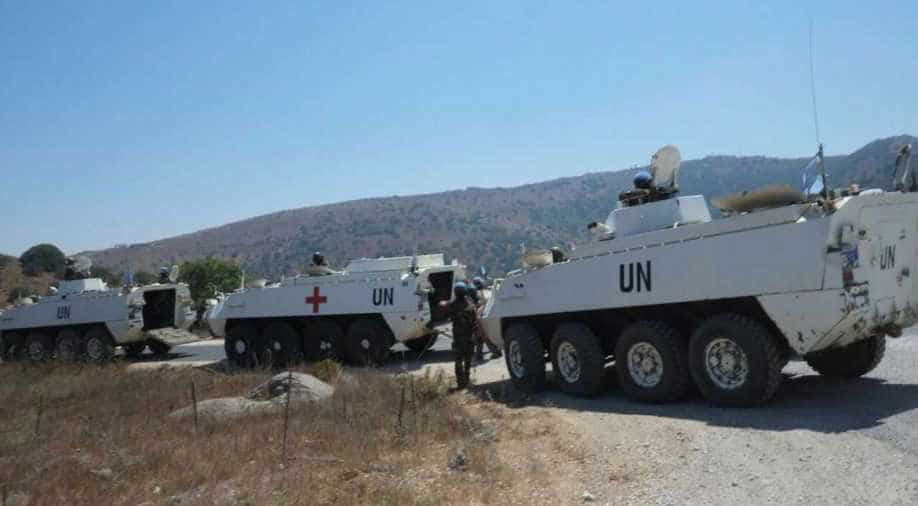 Israel is a country that stuns you with its beauty and incongruity. And that’s an understatement. Our chopper (called BDS, not weird at all!) landed on Mount Bental in the Golan Heights. It’s a dormant volcano where lava seeps from the base and not the top of the mountain, leaving the soil around it rich with minerals. There are lush vineyards as far as the eye can see. The Instagram happy lot had just turned on their selfie cameras when we were beckoned to the other side.

There was a UN convoy practicing a drill. The young Irish officers refused to talk. But a few minutes down the road we met more soldiers, men, and women, resting with their backpacks and machine guns, lying under olive trees, posing for cameras. War, perhaps, is just a state of mind for some.

A female soldier smiling for the photograph shows for some war is just a state of mind. Photo credit: Palki Sharma (Others)

We were headed to cafe Kofi Annan, packed with tourists and students. Kofi Annan in Hebrew sounds like ‘coffee on the clouds’. Apt. around tables laden with salads, coffee, carrot juice, pizzas and oranges, animated conversation ebbed and flowed. It was like any other cafe, except that you heard booming sounds intermittently.

It’s the ISIS fighting, said our guide. He passed on a pair of binoculars. In the distance, you could see the Syrian border. This is the only place in the world or one of the only since I don’t know better, where you can see the full theatre of war, live and unedited, perched on barstools.

After a while, the sounds ceased. It’s lunch break for the fighters, we were told. Of course. Ideology gives only so much sustenance.

The scene reminded me of Tom Friedman’s description of the Lebanese war in the 80s. An American friend of his was invited for dinner on Christmas Eve. Amid artillery salvos and machine gun fire that shook the neighborhood, the hostess put off serving dinner hoping that things would calm down. After a while, she asked, “Would you like to eat now or wait for the cease-fire?” I thought it was a bit exaggerated. Not anymore. It’s a coping mechanism.

For a country that has lived under the constant shadow of war when it’s not fighting one, this perhaps is the only way to survive and thrive. The Israelis have turned it into a fine art, complete with blooming hydrangeas in the kitchen garden and lace doilies on the window sill.

We were led into a fine dining restaurant with sparkling wine goblets and oversized lampshades. We were to meet a member of Knesset from the ruling coalition. Merav Ben Ari was to brief us on policy and politics. She walked in pushing a pram. Her three-month-old daughter gurgled greetings as the mother shook hands with us. She’s the first lawmaker in Israel to have conceived a baby with a gay friend and opted for shared parenting out of wedlock. At the risk of soundly too credulous and callow, I have to say I cannot imagine a politician in India, much less a woman, doing this and being cheered for it.

She discussed the corruption allegations against Prime Minister Netanyahu while burping her baby and forking her ravioli. The picture was almost inspirational - a working mother, unapologetic about tending to her baby while meeting a delegation, not expected to prove her dedication to her profession while balancing it with 'life'.  Envy.

All the exhortations about leaning in and claiming your space seemed fraudulent. It’s not really a choice for most women where I come from. It’s an offer with pre-conditions foisted on them. Most struggle to convince their bosses that they are committed professionals and to their children that they are committed mothers while living in the constant guilt that they might end up being neither.

Ben Ari gave me hope. But unfortunately, I did not follow much of what she said. My contemplative mood coupled with an overdose of cheesecakes that had me looking forward to a nap on the bus to our next destination.

Palki Sharma traveled to Israel for the AJC's Project Interchange 2017.