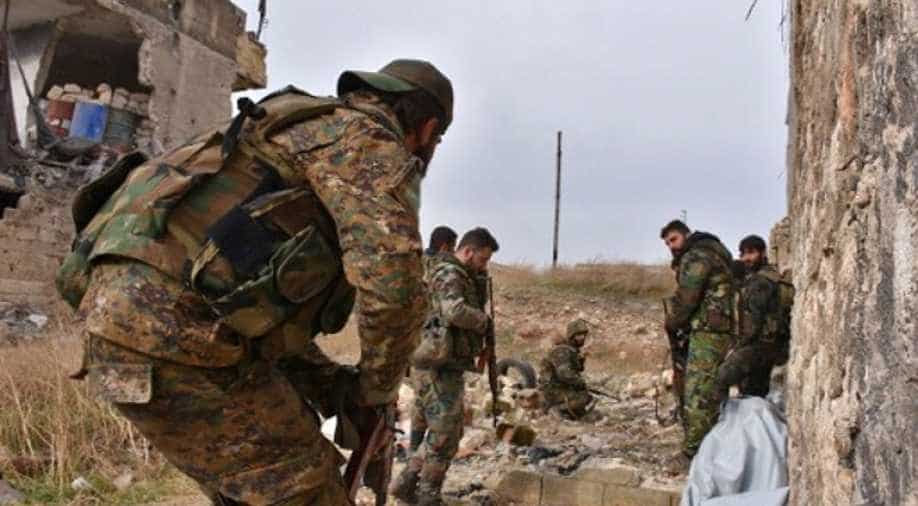 Syrian government forces have seized two-thirds of the former rebel stronghold in the city's east in the last three weeks. Photograph:( AFP )

Syria's government on Tuesday said it would not agree to a ceasefire in Aleppo unless it guarantees a full withdrawal of rebel factions from the city.

"Syria will not leave its citizens in east Aleppo to be held hostage by terrorists, and will exert every effort to liberate them," said a foreign ministry statement carried by state news agency SANA.

"It therefore rejects any attempt by any side to reach a ceasefire in east Aleppo that would not include the exit of all terrorists."

Since launching an all-out assault to retake Aleppo three weeks ago, Syrian government forces have seized two-thirds of the former rebel stronghold in the city's east.

Tuesday's statement said the Syrian government "appreciated" the double veto by Russia and China on Monday of a UN Security Council resolution calling for a seven-day ceasefire in Aleppo.

It said such a draft "grants these terrorists the opportunity to regroup and commit their crimes again."

Monday's vote marked the sixth time Russia has blocked a council resolution on Syria since the conflict began in March 2011, and the fifth for China.

Syria's government refers to all opponents of President Bashar al-Assad as "terrorists".