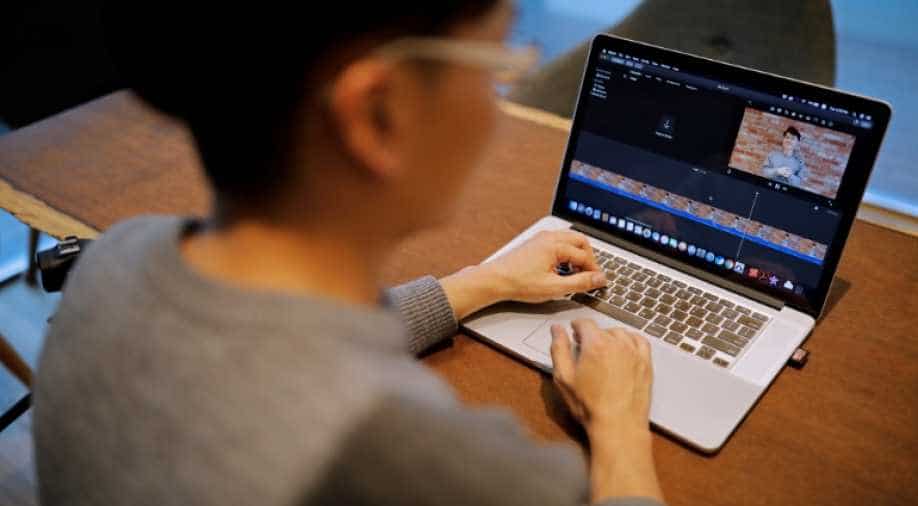 Yoon is among a growing wave of South Korean millennials ditching stable white collar jobs, even as unemployment spikes and millions of others still fight to get into the powerful, family-controlled conglomerates known as chaebol.

Yoon Chang-Hyun's parents told him to get his sanity checked when he quit his secure job as a researcher at Samsung Electronics Co in 2015 to start his own YouTube channel.

The 65 million won ($57,619) a year salary - triple South Korea's average entry level wage - plus top-notch healthcare and other benefits offered by the world's biggest smartphone and memory chip maker was the envy of many college graduates.

But burned out and disillusioned by repeated night shifts, narrowing opportunities for promotion and skyrocketing property prices that have pushed home ownership out of reach, the then 32-year old Yoon gave it all up in favour of an uncertain career as an internet content provider.

Yoon is among a growing wave of South Korean millennials ditching stable white collar jobs, even as unemployment spikes and millions of others still fight to get into the powerful, family-controlled conglomerates known as chaebol.

Some young Koreans are also moving out of the city for farming or taking blue collar jobs abroad, shunning their society's traditional measures of success - well-paid office work, raising a family and buying an apartment.

"I got asked a lot if I had gone crazy," Yoon said. "But I'd quit again if I go back. My bosses didn't look happy. They were overworked, lonely..."

Yoon now runs a YouTube channel about pursuing dream jobs and is supporting himself from his savings.

Chaebols such as Samsung and Hyundai powered South Korea's dramatic rise from the ashes of the 1950-53 war into Asia's fourth-largest economy in less than a generation. Well-paid, secure jobs provided a gateway to the middle-class for many baby boomers.

But with economic growth stagnating and competition from lower cost producers weighing on wages, even milliennials who graduated from top universities and secured chaebol jobs say they are less inclined to try to fulfill society's expectations.

South Koreans had the shortest job tenure among member countries in the Organisation for Economic Co-operation and Development (OECD) as of 2012, just 6.6 years compared to the average of 9.4 years and 11.5 years in neighbouring Japan.

The same survey also showed barely 55 per cent of South Koreans were satisfied with their jobs, the lowest rate in the OECD.

Some workers are even going back to school to learn how to do just that.

The 34-year-old Jang, who himself quit Samsung Electronics in 2015 to launch the school, said it now offers about 50 courses, including classes on how-to-YouTube, manage an identity crisis, and how to brainstorm a Plan B.

The school's rules are displayed at its entrance: "Don't tell your bosses, say nothing even if you run into a colleague, and never get caught until your graduation."

"There is strong demand for identity-related courses, as so many of us were too busy with cram schools to seriously think about what we want to do when were teenagers," he said.

To be sure, the lure of a prestigious chaebol job remains strong, especially with the country mired in its worst job slump since 2009 and youth joblessness near a record high.

Samsung Electronics is still the most desired workplace for graduates as of 2019, a survey of 1,040 job seekers by Saramin, a job portal, showed in February.

"The mindset of people entering the workforce is very different from past generations," Harrison said.

Among elementary school students, YouTube creator is now the fifth-ranked dream job, behind being a sports star, school teacher, doctor or a chef, a 2018 government poll showed.

Some are choosing a simpler life in the country.

And in the face of dwindling opportunities at home, nearly 5,800 people also went abroad for jobs last year using government-subsidized programmes, more than tripling from 2013, according to government data.

Others left without support or new jobs lined up.

"I don't think my son could get jobs like mine in South Korea," said 37-year-old Cho, who moved from Hyundai Engineering & Construction to another top construction firm in 2015 before he emigrated.

"I will probably clean offices in Brisbane, but that's ok."