Seven dead in southeast US wildfires 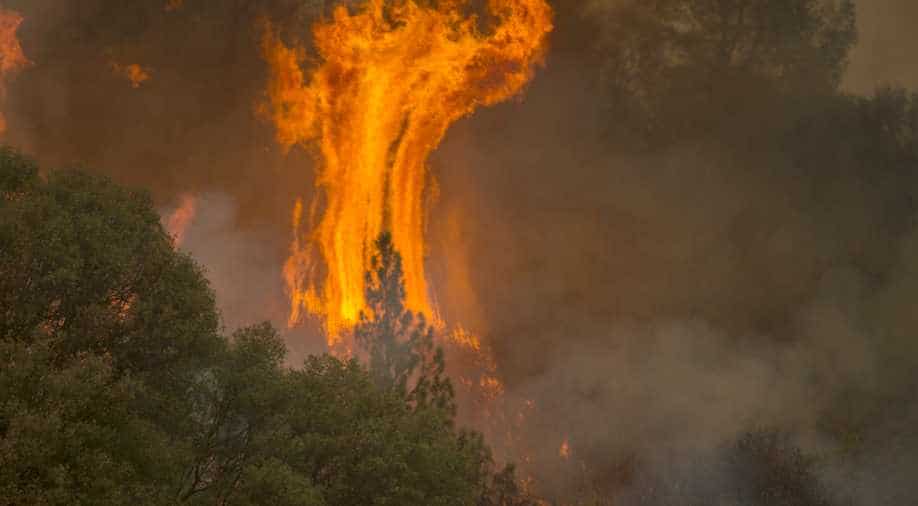 More than 14,000 of the city's residents and visitors were believed to have been evacuated from the Gatlinburg town alone. Photograph:( Getty )

Wildfires across southeast United States have killed seven people and forced thousands to evacuate, US media reported on Wednesday.

The dead have not been identified. forty-five people had been treated at an area hospital, officials said.

High winds and parched vegetation caused by the worst drought in nearly a decade provided fuel for the fires that burned in the eastern part of Tennessee, threatening two tourist resort towns, reported AFP.

The fires reached the Dollywood theme-park located in the touristic hamlet of Pigeon Forge.

The mandatory evacuation has been lifted, but restrictions remains in place  for nearby Gatlinburg, a city seven miles (11 kilometers) southeast, which serves as a gateway to the Great Smoky Mountains National Park.

Mayor Larry Waters of Sevier County said that 700 homes and businesses have been burned this week, the News sentinel said.

Three hundred of those buildings were inside Gatlinburg's city limits.

Officials reported on Tuesday that Gatlinburg's 14,000 residents were believed to have been evacuated.

"I have been watching the terrible fires in the Great Smoky Mountains and I am heartbroken," Parton, 70, said Tuesday. "I am praying for all the families affected by the fire and the firefighters who are working so hard to keep everyone safe."

The Great Smoky Mountains, the most visited national park in the United States, said it had closed all park facilities and many trails.

A temporary flight restriction remains in effect in the area and numerous roads are closed or blocked by fallen trees and power lines, the Tennessee Emergency Management Agency said.