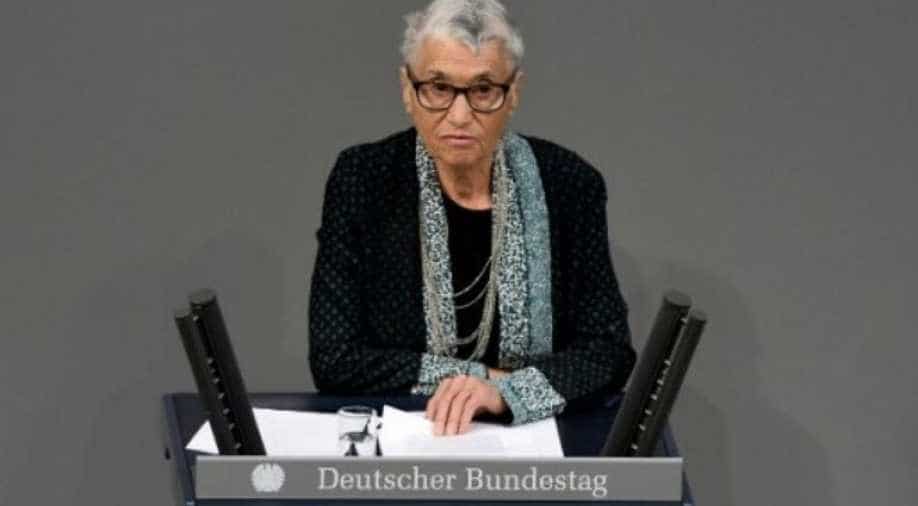 Klueger, who received many prestigious awards for her writing about her experience during the Holocaust, was also known for her outspoken stance on Nazi Germany's atrocities

Prize-winning author and Holocaust survivor Ruth Klueger has died aged 88 at her home in California, her Austrian publisher said Wednesday.

The Zsolnay publishing house confirmed to AFP that Klueger had passed away on the night between Monday and Tuesday after a long illness.

Klueger, who received many prestigious awards for her writing about her experience during the Holocaust, was also known for her outspoken stance on Nazi Germany's atrocities.

"We survivors are not responsible for forgiveness. I perceived resentment as an appropriate feeling for an injustice that can never be atoned for," Klueger once told Austrian media.

Born in Vienna in 1931, Klueger was 10 years old when the Nazi regime separated her from her father, a Jewish gynaecologist, and deported her and her mother, a nurse, to the Theresienstadt concentration camp.

They were later moved to Auschwitz-Birkenau, where Klueger, now 12, began composing poetry in her head.

Her father and half-brother were killed, but the two women ended up in Christianstadt concentration camp and managed to escape during a so-called death march.

In 1947, Klueger and her mother emigrated to the US, where she studied library sciences and German in New York and at the University of Berkley, California.

She turned to writing about her own life after almost dying in a traffic accident in Germany.

"Still Alive: A Holocaust Girlhood remembered" was among her most renowned and critically acclaimed works, described as "an unforgettable example of humanity" by Le Monde.

When her mother died in 2000, Klueger wrote that she "felt a sense of triumph, because this had been a human death, because she had survived and outlived the evil times and had died in her own good time, almost 100 years after she was born."

"Rarely does one meet people who have as much magnetism as Ruth Klueger," Herbert Ohrlinger, the head of Zsolnay, said in a statement.

"What she experienced in her life, how she dealt with those experiences and what she made of them, is extraordinary," he said, adding it had been a "privilege" to know and work with her.

Toward the end of her life, Klueger grew increasingly political, describing German Chancellor Angela Merkel as "heroic" for her pro-migration stance.

"This country, which was responsible for the worst crimes of the century, has won the applause of the world today," the then 84-year-old scholar told the German parliament in 2016.