Regulators knew before crashes that 737 MAX trim control was confusing in some conditions: Document 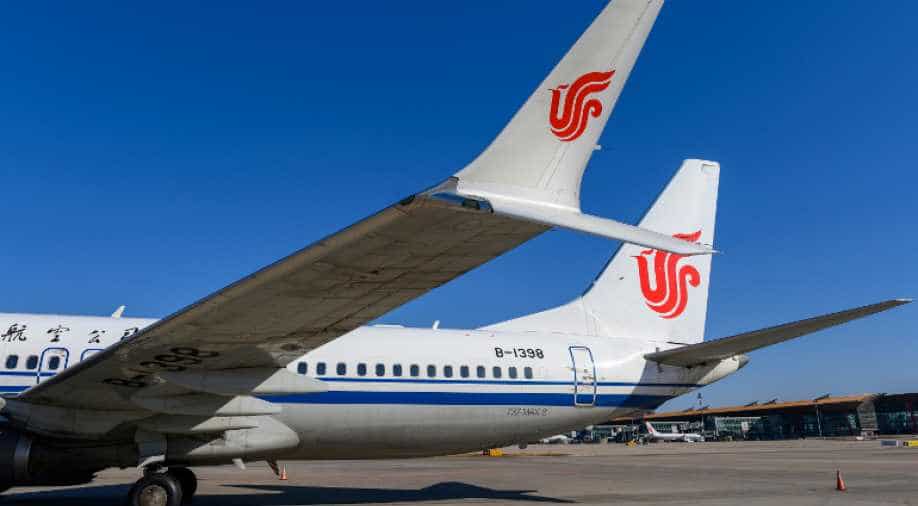 The European Aviation and Space Agency (EASA) certified the plane as safe in part because it said additional procedures and training would "clearly explain" to pilots the 'unusual' situations in which they would need to manipulate a rarely used manual wheel to control, or 'trim', the plane's angle.

US and European regulators knew at least two years before a Lion Air crash that the usual method for controlling the Boeing 737 MAX's nose angle might not work in conditions similar to those in two recent disasters, a document shows.

The European Aviation and Space Agency (EASA) certified the plane as safe in part because it said additional procedures and training would "clearly explain" to pilots the "unusual" situations in which they would need to manipulate a rarely used manual wheel to control, or "trim," the plane's angle.

Those situations, however, were not listed in the flight manual, according to a copy from American Airlines seen by Reuters.

It specifically noted that at speeds greater than 230 knots (265mph, 425kph) with flaps retracted, pilots might have to use the wheel in the cockpit's centre console rather than an electric thumb switch on the control yoke.

EASA and the US Federal Aviation Administration (FAA) ultimately determined that set-up was safe enough for the plane to be certified, with the European agency citing training plans and the relative rarity of conditions requiring the trim wheel.

In the deadly Lion Air crash in October, the pilots lost control after initially countering the Maneuvering Characteristics Augmentation System (MCAS), a new automated anti-stall feature that was pushing the nose down based on data from a faulty sensor, according to a preliminary report from Indonesian investigators released in November.

The flight conditions were similar to those described in the EASA document, a source at Lion Air said. The source said that training materials before the crash did not say the wheel could be required under those conditions but that Boeing advised the airline about it after the crash.

Boeing declined to comment on the EASA document or its advice to Lion Air, citing the ongoing investigation into the crash.

Ethiopia's Transport Ministry, France's BEA air accident authority and the FAA have all pointed to similarities between the Lion Air crash and an Ethiopian Airlines disaster this month. But safety officials stress that the Ethiopian investigation is at an early stage.

The crashes have also heightened scrutiny of the certification and pilot training for the latest model of Boeing Co's best-selling workhorse narrowbody, now grounded globally.

In the EASA document, the regulator said simulations showed the electric thumb switches could not keep the 737 MAX properly trimmed under certain conditions, including those of the Lion Air and Ethiopian Airlines crashes, according to the Indonesian preliminary report and a source with knowledge of the Ethiopian air traffic control recordings.

The trim system adjusts the angle of the nose. If the nose is too far up, the jet risks entering a stall.

Additional procedures and training needed to "clearly explain" when the manual wheel might be needed, according to the document. The EASA spokesman said that was a reference to the Boeing flight crew operations manual.

The manual, which is 1,400 pages long, did not specify the flight conditions in which the wheel might be needed.

The trim wheel is a relic of the Boeing 737's 1960s origins and does not appear in more modern planes like the 787 and Airbus SE A350. It is not often used, several current and former 737 pilots told Reuters.

"It would be very unusual to use the trim wheel in flight. I have only used manual trim once in the simulator," said a 737 pilot. "It is not physically easy to make large trim changes to correct, say, an MCAS input. You - or more than likely the other pilot - have to flip out a little handle and wind, much like a boat winch."

The EASA document said that after flight testing, the FAA's Transport Airplane Directorate, which oversees design approvals and modifications, was concerned about whether the 737 MAX system complied with regulations because the thumb switches could not control trim on their own in all conditions.

FAA declined to comment on the European document. A trim-related "equivalent level of safety" (ELOS) memorandum listed in its 737 MAX certification document is not available on the FAA website. The agency declined to provide it to Reuters.

The night before the Lion Air crash, different pilots on the same plane faced a similar problem with MCAS and tried to use electric trim to counteract it, according to the preliminary report from Indonesian investigators.

After the third time MCAS forced the nose down, the first officer commented that the control column was "too heavy to hold back" to counter the automated movements, the preliminary report said.

Former FAA accident investigator Mike Daniel said that to prevent stalls, the control column was designed to require more force for a pilot to pull back than to push forward.

Boeing on Wednesday said software changes to MCAS would provide additional layers of protection, including making it impossible for the system to keep the flight crew from counteracting it.

On the 737 MAX, Boeing removed the "yoke jerk" function that enabled pilots to disable the automated trim system with a hard pull on the control column rather than hitting two cut-out switches on the centre console.

In a blog post on his personal website, former Boeing engineer Peter Lemme said that could make things harder for a pilot in a crisis.

"In the scenario where the stabiliser is running away nose down, the pilot may only fixate on pulling the column back in response," he said. "They may not be mentally capable to trim back or cutout the trim - instead they just keep pulling."

Ultimately the crew the evening before the Lion Air crash stopped the automated nose-down movement with the cut-out switches and used the wheel to control trim for the remainder of the flight, the preliminary report said.

That was the proper procedure to deal with a runaway stabiliser, according to Boeing.

However, current and former pilots told Reuters that the way the trim wheel and other controls behaved in practice compared with in training may have confused the Lion Air crews, who were also dealing with warnings about unreliable airspeed and altitude.

"MCAS activation produces conditions similar to a runaway trim, but the training is not done with a stick shaker active and multiple other failures, which make the diagnosis much more difficult," said John Cox, an aviation safety consultant and former commercial pilot. The stick shaker alerts pilots to a potential stall by vibrating the control column.

Reuters this month reported that an off-duty pilot in the cockpit on the night before the Lion Air crash spotted the runaway stabiliser problem, according to two sources familiar with the matter.