At least two dead in shooting inside Walmart store in Colorado 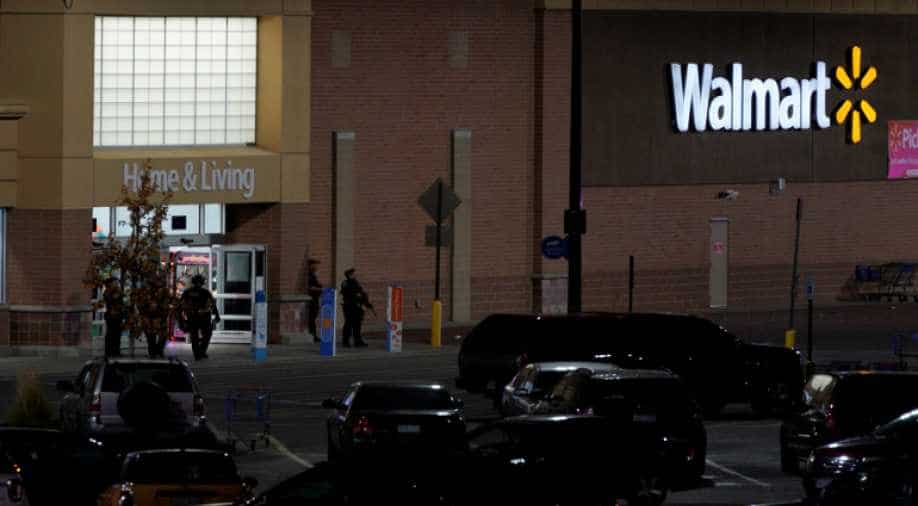 At least two people were killed and one wounded in a shooting inside a Walmart store in suburban Denver on Wednesday, police said.

Police in Thornton, Colorado, did not immediately release any information about the circumstances of the shooting or who was responsible for the gunfire.

In a Twitter post about 90 minutes after the shooting, police said investigators had confirmed that two men were dead and a woman was taken to a local hospital, but no further details were given.

"We've got multiple parties down, we're still trying to ascertain what their conditions are," Officer Victor Avila of the Thornton Police Department told Reuters by telephone not long after police arrived on the scene.

About an hour after the initial alert, police said on Twitter that the threat of gunfire had ended at the store, which was surrounded by police and fire crews.

"At this time this is NOT an active shooter. Active crime scene. We will update as info becomes available," the police department said in that tweet. Confirmation of the two fatalities came about 20 minutes later.

#ThorntonWalmartShooting At this time this is NOT an active shooter. Active crime sceneWe will update as info becomes available. pic.twitter.com/EZgSOtb6yy

Avila said police were called to the store at about 6:30 p.m. Mountain time (8:30 p.m. ET) and that the gunshots had ceased by the time the first officers arrived at the scene.

A Walmart customer, Aaron Stephens, 44, of Thorton, told Reuters he was inside paying for groceries at a self-checkout stand when he heard gunshots and the sound of ricocheting bullets.

Stephens said he did not see where the shooting had come from and did not see anyone struck by bullets.

Local NBC television affiliate 9NEWS reported that a woman whose son was in the Walmart had told her that he had heard about 30 gunshots and was still inside.

A video posted on Twitter showed the Walmart, which is situated in a large complex of big-box stores and other retail outlets adjacent to U.S. Interstate 25, apparently empty except for police officers with guns drawn.