Poland's populists set for victory but majority at risk 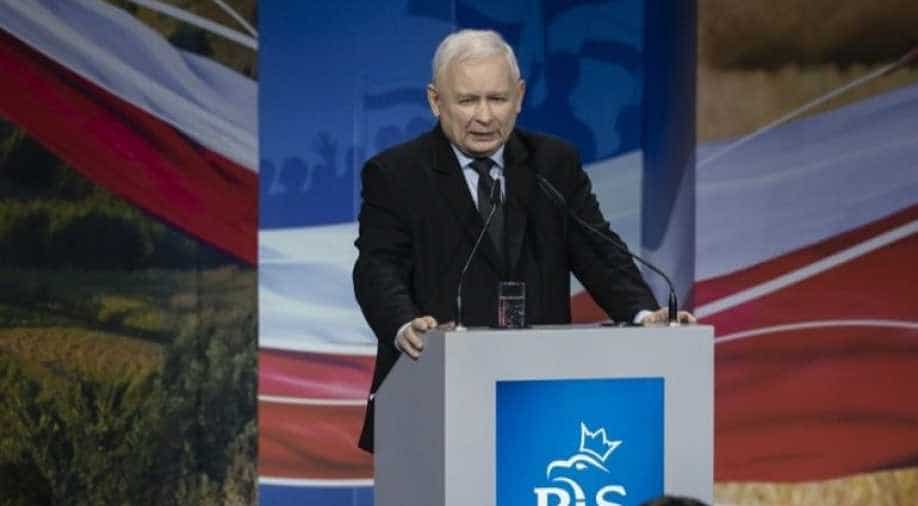 In office since 2015 and led by ex-premier Jaroslaw Kaczynski, the Law and Justice (PiS) party has sought to mobilise mainly poorer rural voters by coupling family values with populist promises to extend benefits and hike the minimum wage.

Poland's governing right-wing party is poised to win a general election on Sunday, buoyed by generous social spending and fiery nationalist rhetoric, but its majority is at risk, giving opposition parties a narrow chance to snatch power.

In office since 2015 and led by ex-premier Jaroslaw Kaczynski, the Law and Justice (PiS) party has sought to mobilise mainly poorer rural voters by coupling family values with populist promises to extend benefits and hike the minimum wage.

Railing against the PiS's anti-LGBT views and its close ties to the church, but sharing its welfare goals, left-wing parties are poised to return to parliament after a four-year hiatus.

"The electorate is split down the middle, with around 45 per cent each for the PiS and the centrist and leftist opposition," Anna Materska-Sosnowska, a Warsaw University political scientist, told AFP.

"Turnout will decide whether the PiS will govern alone, whether it will have to build a coalition, or even if it might lose its majority," she added.

The PiS has capitalised on a growing populist backlash against liberal urban elites, similar to trends in Western Europe and the US.

Its generous social programmes have sought to appeal to Poles who felt they reaped little gain from Poland's explosive growth after it shed communism in 1989.

"Our great social program has led to the fact that the sphere of poverty, often extreme misery... has been abolished," Kaczynski, 70, told supporters at a Warsaw rally this week, calling it "our moral achievement."

"PiS has done a great deal of good for families, pensioners, for children... they've kept their promises," Malgorzata Kowalska, 66, a retired orphanage employee told AFP as she left a Warsaw church.

But a recent study shows that while extreme poverty dropped slightly in 2016-17 to just over four per cent it rebounded to 5.4 per cent in 2018 as inflation rose.

"Regardless of how much they'll give, I'll never vote for the PiS," said the formerly self-employed psychology graduate, slamming the party's "contempt for Poles who don't fit the stereotype of traditional Catholics."

Malgorzata Kidawa-Blonska, the even-tempered 62-year-old deputy speaker of parliament chosen by the KO as its candidate for prime minister, has sought to provide a clear alternative to Kaczynski's polarising campaign.

"Let's clean up politics, free Poles from hatred, hypocrisy and political toxins," she told supporters in Warsaw this week.

The KO opposition has vowed to reverse controversial PiS judicial reforms which the EU says threaten judicial independence and the rule of law but has otherwise offered voters little.

According to Laurent Pech, a professor of European law at Middlesex University in the UK, threats to the rule of law in Poland are bound to "significantly worsen" should PiS return to power.

Kaczynski's plans for a "future 'reorganisation' of the courts are likely to mean a purge of the Polish judiciary under false pretences which will lead in turn to a renewed open conflict with the EU," he told AFP via email.

On the economic front, Poland has fared well with strong growth under the PiS, something critics attribute to favourable external factors.

Joblessness hit a 30-year record low of 5.1 per cent in September as employers struggled to find workers.

Despite the PiS's strident anti-migrant rhetoric in the campaign ahead of its stunning 2015 victory, Poland became the world's top temporary labour destination in 2017, surpassing even the US, according to the OECD.

Some 1.2 million temporary migrants arrived, mostly from Ukraine, to plug a massive labour gap created when Poles left for more lucrative work in the West after joining the EU in 2004.

Voting runs from 0500 to 1900 GMT on Sunday, with exit polls expected after the polls close and preliminary results due on Monday.