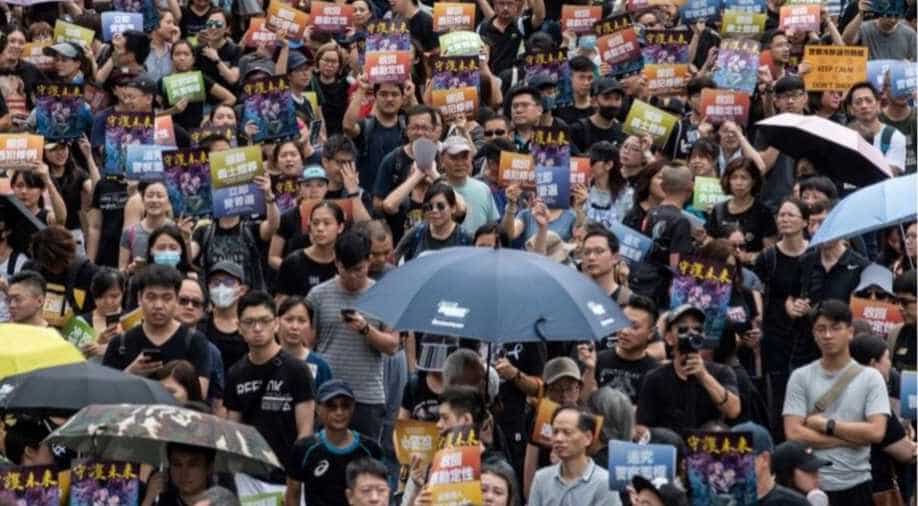 A Norwegian politician has nominated the "people of Hong Kong" for the 2020 Nobel Peace Prize.

A Norwegian politician has nominated the "people of Hong Kong" for the 2020 Nobel Peace Prize, in a move which risks drawing China's ire.

"I have nominated the people of Hong Kong, who risk their lives and security every day to stand up for freedom of speech and basic democracy, to the Nobel Peace Prize for 2020," Guri Melby, a member of Norway's parliament for the liberal party, said in a Twitter post on Tuesday.

In an interview published by the newspaper Aftenposten on Wednesday Melby explained that "what they do has an impact far beyond Hong Kong, both in the region and in the rest of the world".

The former British colony is going through its worst political crisis since its return to China in 1997.

Millions have taken to the streets of Hong Kong, initially against a now-dropped bid by its leaders to allow extraditions to the Chinese mainland.

But after Beijing and Hong Kong chief executive Carrie Lam took a hard line, the movement snowballed into a broader push for democracy and police accountability.

Activists say freedoms are being eroded by Beijing, contrary to a deal that outlined Hong Kong's 1997 return to China from British colonial rule.

Melby's initiative is likely to displease China, which was already angered by the Nobel Committee's 2010 decision to give the award to imprisoned Chinese dissident Liu Xiaobo, who has since died.

Although the Nobel Committee is independent of the government in Norway, Beijing froze its relations with the Scandinavian country, suspended negotiations for a free trade agreement and blocked imports of Norwegian salmon.

Relations between the countries did not normalise until December 2016, after Oslo committed to not "support actions that undermine" Chinese interests.

Nominations are however common and this year the Nobel Committee had to pick from 301 candidates.

In the end, the prize was awarded to Ethiopian Prime Minister Abiy Ahmed for his work in resolving the conflict with bitter foe Eritrea.