Pakistan hasn't done anything significant in war against terror: US 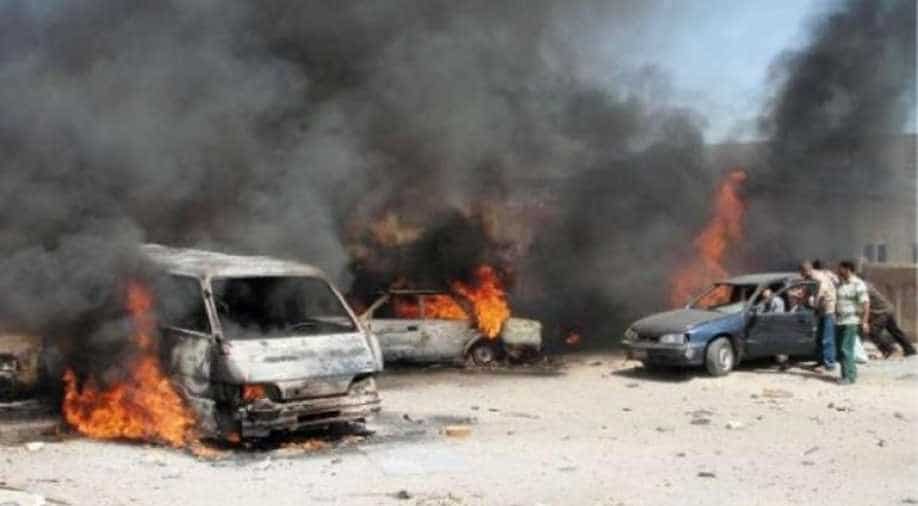 Acknowledging that Pakistan has not taken steps it promised after the announcement of the South Asia Strategy, the senior administration official said that the White House is still hopeful that Pakistan sees that it is in its interest to co-operate on the US strategy in Afghanistan. Photograph:(Others)
Follow Us

The US is not satisfied with Pakistan's cooperation in the war against terror as it has not done "anything significant" to rein-in the Taliban and the Haqqani network and destroy their sanctuary on its territory as part of its promise, a senior White House official has said.

He also termed the release of Mumbai-terror attack accused Hafiz Saeed as "a step backward" in that direction.

The official said that the release of the Coleman family, held captive for five years by the Haqqani network, from inside Pakistan was "not an indication" of Islamabad's cooperation with the US in the war against terrorism.

Based on the intelligence shared by the US, in October, the Pakistan Army rescued Caitlan Coleman, her husband Joshua Boyle and their three children after five years of their abduction by terrorists having ties to the Afghan Taliban from the mountainous Kurram Valley region, bordering Afghanistan.

"Our diplomatic pressure, as well as our own intelligence agencies diligent work led to the release of the Coleman family. So, I am not sure if that qualifies as step forward (by Pakistan as part of the South Asia Strategy announced by President Donald Trump in August)," the official told PTI.

"We are happy that the Colemans are free and that they have been released. But we are still waiting to see Pakistan take steps to rein in the Taliban and the Haqqani network. We are not satisfied that they have done anything significant on this front," he said.

The US, the official said, has now a different approach to Pakistan. "We expect, Pakistan to take steps against terror sanctuary on its territory".

Acknowledging that Pakistan has not taken steps it promised after the announcement of the South Asia Strategy, the senior administration official said that the White House is still hopeful that Pakistan sees that it is in its interest to co-operate on the US strategy in Afghanistan.

"But we have not yet seen any significant changes. We still remain hopeful. And we recognise that some of these changes take a bit of time and wouldn't necessarily occur overnight.

"But we will expect to see these changes within a certain time-frame. Our patience is not unlimited when it comes to the steps that we expect them to take," he said.

The Trump Administration has been very specific with Pakistan on the steps that it needs to take, we have laid out very specific steps that they need to take to degrade these groups activities and to facilitate a genuine dialogue, the official said.

"But, I don't think we have seen any significant steps in that direction. So, we are still waiting and watching and monitoring (Pakistan) very closely. And we're still hopeful that we will see Pakistan take some of those steps to crack down on the Taliban, the Haqqani network, and ensure that there are no safe havens, for these groups to continue operating inside Pakistan," he added.

The US, the official said, would be looking for very specific action from Pakistan within coming weeks and months.

He said that by spring, the Trump Administration would hope to see some real efforts on "genuine" peace process, as it is not interested in talks for talk's sake.

"We would like to see a genuine peace dialogue between the Afghan government and the Taliban. We know that the Taliban has made gains for the last several years. So until they are convinced that they are not going to have sanctuary in Pakistan, we don't believe they'll be ready for talks.

"They will continue to believe that they can advance on the battlefield rather than on the negotiating table," he said, adding "so, we need to see Pakistan ensures that they don't have a sanctuary within Pakistan. And only at that time we assess that they'll really be ready for genuine negotiations with the Afghan government".

The White House official, however, refused to give any timeline for actions on Pakistan, saying he thinks that it would not be helpful.

"But I just want to assure you that that we are thinking in terms of timelines and we are monitoring the progress and we do expect meaningful actions in a certain time-frame and we are prepared to implement new policies and take different steps if we don't see some progress," he said.