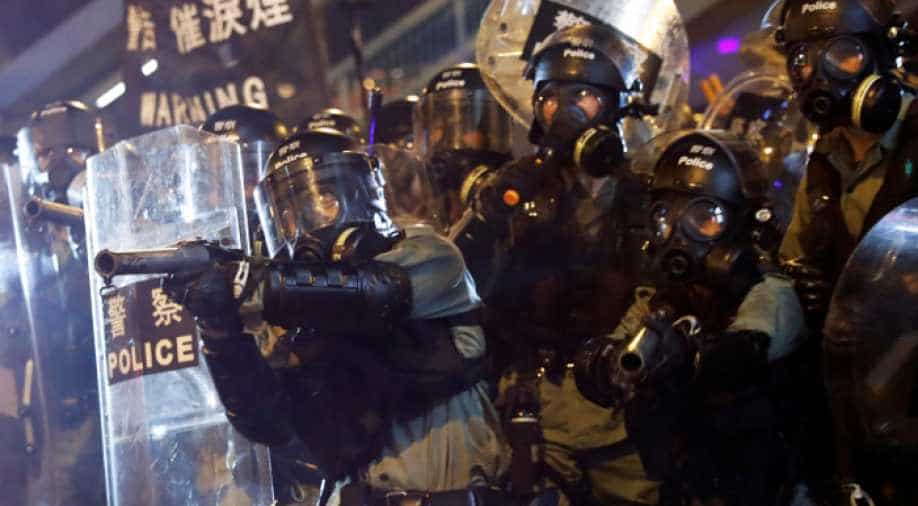 More than 100 flights were cancelled in Hong Kong on Monday morning with airport authorities warning passengers of potential disruption, as pro-democracy protesters kick off a city-wide strike.

At least 105 flights were listed as cancelled on the airport's departure page on Monday morning.

Peak-hour morning train travel and international flights in Hong Kong were thrown into chaos as pro-democracy protesters launched an attempted city-wide strike to ramp up pressure on the financial hub's embattled leaders.

When contacted, an airport spokesman did not give any reason for the cancellations but said passengers should check to see if their flight was departing.

"The Airport Authority advises passengers to check with their airlines for the latest flight information, and to proceed to the airport only when their seats and flight time have been confirmed," the airport said in a statement.

The office of city leader Carrie Lam -- who has kept a low public profile as the protests have escalated -- announced she would hold a press conference later Monday morning.

Over the weekend riot police fired tear gas at protesters in multiple districts throughout Saturday and Sunday night.

At a press conference on Saturday, strike organisers -- many hiding their identities behind masks -- said 14,000 people from more than 20 sectors had committed to civic action on Monday.

People from all walks of life indicated plans online to either strike or phone in sick on Monday -- from civil servants and social workers, to flight attendants, pilots, bus drivers and even employees of the city's Disneyland.