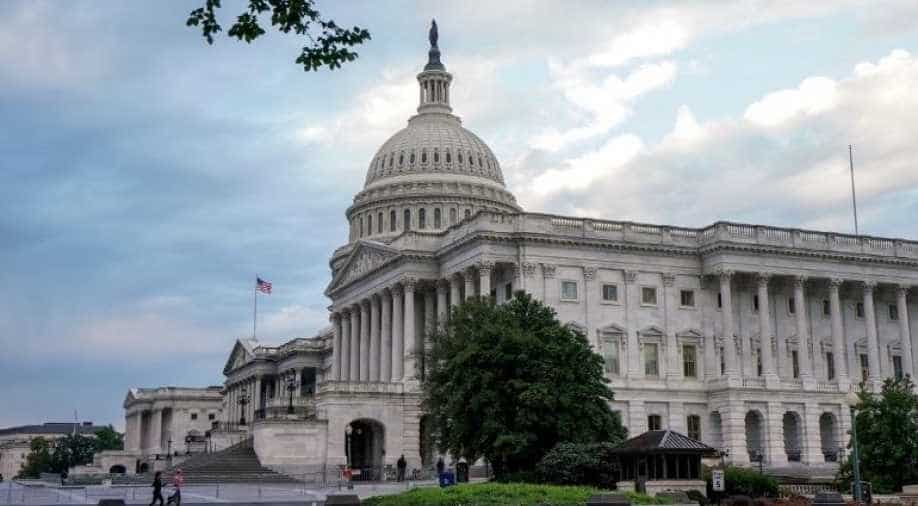 General view of the US Capitol early in the morning amid concerns after US President Donald Trump announced that he and US first lady Melania Trump have both tested positive for the coronavirus disease (COVID-19), in Washington, DC, US October 2, 2020 Photograph:( Reuters )

White House Chief of Staff Mark Meadows on Wednesday claimed that he was “not optimistic” about a comprehensive deal on more coronavirus relief packages.

"We're still willing to be engaged, but I'm not optimistic for a comprehensive deal. I am optimistic that there's about 10 things that we can do on a piecemeal basis if the speaker is willing to put it before her members," Meadows said in conversation with Fox News, while referring to US House Speaker Nancy Pelosi.

On Tuesday, US President Donald Trump, who himself is currently recovering from COVID-19 ended negotiations with Democrats over the economic package.

His Democrat rival in the upcoming presidential elections, Joe Biden said that Trump had abandoned Americans in the midst of a pandemic.

After Trump’s abrupt withdrawal from talks sent stocks on Wall Street spiralling by 2 per cent.

The United States has the world’s highest number of infections and deaths due to COVID-19. Trump has repeatedly been attacked by Democrats for downplaying the pandemic.

Four days after testing positive, Donald Trump returned to the White House, and removed his mask in the first appearance since he got infected, even though he looked a little out of breath.

Earlier, mixed reports of his health had surfaced on social media.

Due to the pandemic, millions in the US have lost their jobs, which has become the major point of contention in the upcoming elections.

The virus continues to spread among Trump’s close aides. On Tuesday, senior policy adviser Stephen Miller said that he had tested positive, among many others.

"I have instructed my representatives to stop negotiating until after the election when, immediately after I win, we will pass a major Stimulus Bill that focuses on hardworking Americans and Small Business," Trump wrote on Twitter.