US government restricts travel and trade with Cuba 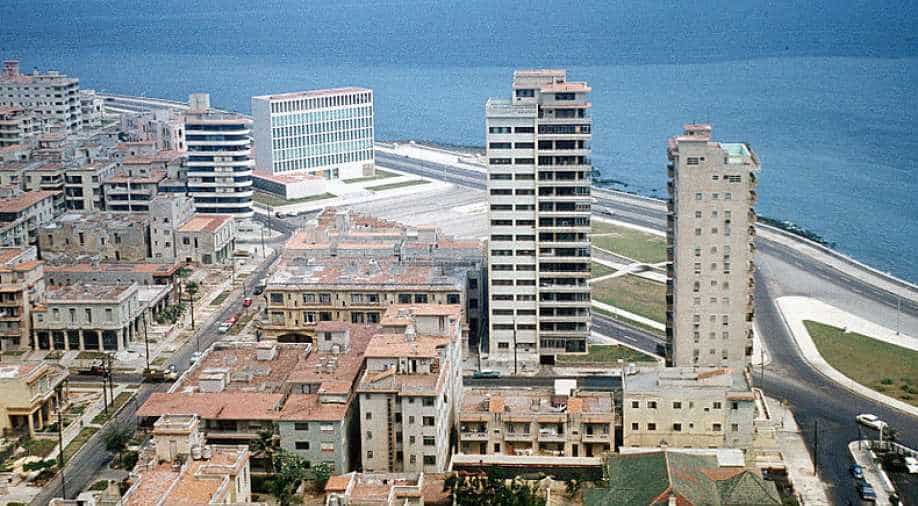 Havanna 1973 building of the former US embassy (Image source: Wikimedia Commons) Photograph:( Others )

The US government made it tougher on Wednesday for Americans to visit Cuba and do business in the country, making good on a pledge by President Donald Trump to roll back his Democratic predecessor’s move toward warmer ties with Havana.

The restrictions, which take effect on Thursday, are aimed at preventing the military, intelligence and security arms of Cuba’s Communist government from benefiting from American tourists and trade, the White House said.

They fill in the regulatory detail on a Trump policy speech in June, in which the Republican president called for a tightening of restrictions. He said then that the Cuban government continued to oppress its people and former President Barack Obama had made too many concessions in his 2014 diplomatic breakthrough with Washington’s former Cold War foe.

The regulations include a ban on Americans doing business with some 180 Cuban government entities, holding companies, and tourism companies. The list includes 83 state-owned hotels, including famous hotels in Old Havana such as Ernest Hemingway’s erstwhile favorite haunt the Hotel Ambos Mundos, as well as the city’s new luxury shopping mall.

Speaking to reporters in Havana, she called the list “arbitrary” and the regulations a further “setback” in U.S.-Cuban relations.

The new rules were criticized as too lax by Republican leaders who favor a hard line, but as counterproductive by those who agreed with Obama’s rationale for the detente: that Washington’s many decades of isolating the Caribbean island failed to force change.

The Cuban hotels listed included those run by military-linked chains Gaviota and Habaguanex. Republican Senator Marco Rubio of Florida, a Cuban-American, said the list failed to go far enough because it omitted companies like Gran Caribe Hotel Group and Cubanacan that have ties to the Cuban government.

Democratic Senator Patrick Leahy said the regulations were unfair to Cuba, coming as Trump was being “feted in Beijing” by a Communist government “in a country to which Americans can travel freely.”

“The hypocrisy of the White House ideologues is glaring,” Leahy said in a statement.