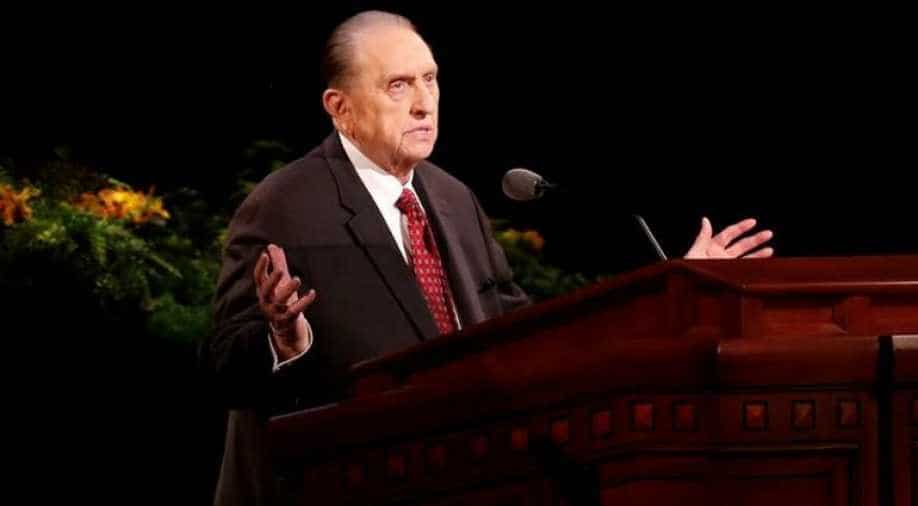 The president, his counselors and the 12 apostles are all believed by members of the faith to be prophets who receive divine revelations. Photograph:( Reuters )

Mormon president Thomas Monson, who headed one of the world’s fastest growing and most affluent religions, has died at his home in Salt Lake City, Utah, the church said on Wednesday.

The Church of Jesus Christ of Latter-day Saints - as the religion is officially known - has a global membership of 15.8 million, more than half of whom live outside the United States, its country of origin.

Monson died on Tuesday evening surrounded by his family, the church said in a statement on its website.

"President Monson had all the hallmarks of an unassuming servant of the Lord," the church said in a statement.

Monson was appointed in 1963 to the Quorum of the Twelve Apostles, the church’s second-highest governing body after the three-man First Presidency. The latter consists of the president and his first and second counsellors. Monson was named first counsellor in 1995.

The president, his counsellors and the 12 apostles are all believed by members of the faith to be prophets who receive divine revelations.

Mormons worship Jesus, believing in a "restored" church with living apostles and prophets and an additional testament - the Book of Mormon - to those found in the traditional Bible.

The church was formally organized in 1830 in Upstate New York.