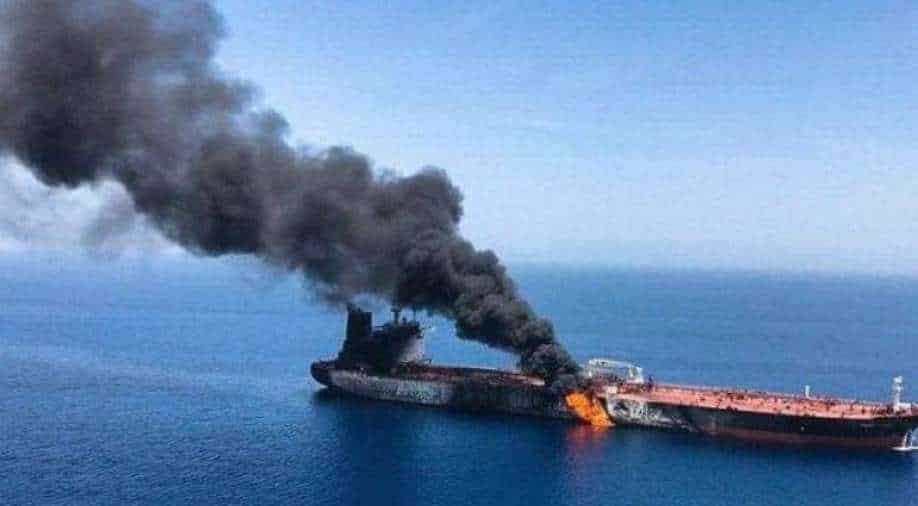 US and European intelligence sources have indicated that Iran is their leading suspect for the attack. In recent months, Iran and Israel have both accused each other of attacking ships

A Briton and a Romanian were killed when an Israeli-managed petroleum product tanker came under attack on Thursday off the coast of Oman, the company said on Friday, in an incident that Israel's foreign minister blamed on Iran and said deserved a harsh response.

There were varying explanations for what happened to Mercer Street, a Liberian-flagged, Japanese-owned ship, with Israeli-owned Zodiac Maritime describing the incident as "suspected piracy" and a source at the Oman Maritime Security Center as an accident that occurred outside Omani territorial waters.

Iran and Israel have traded accusations of attacking each other's vessels in recent months and Israeli Foreign Minister Yair Lapid said he had told Britain's foreign secretary of the need for a tough response to the incident in which two crew members, one British and the other Romanian, were killed.

"Iran is not just an Israeli problem, but an exporter of terrorism, destruction and instability that harms us all. The world must not be silent in the face of Iranian terrorism that also harms freedom of shipping," Lapid said in a statement.

US and European sources familiar with intelligence reporting said Iran was their leading suspect for the incident, which a US defence official said appeared to have been carried out by a drone, but stressed their governments were seeking conclusive evidence.

Al Alam TV, the Iranian government's Arabic-language television network, cited unnamed sources as saying the attack on the ship came in response to a suspected, unspecified Israeli attack on Dabaa airport in Syria.

There was no immediate official reaction from Iran to the accusation that it may have been responsible.

Israeli news website Ynet said the assessment in Israel was that there were two attacks on the ship, spaced several hours apart. The first caused no damage, and the second hit the bridge, causing the casualties.

It quoted an unnamed Israeli official as saying: "Israel will find it hard to turn a blind eye" to the attack.

Tensions have risen in the Gulf region since the United States reimposed sanctions on Iran in 2018 after then-President Donald Trump withdrew Washington from Tehran's 2015 nuclear deal with major powers.

The United States regards the possibility of Iran obtaining nuclear arms, an ambition Tehran denies, as a direct threat to its ally Israel.

The United Kingdom Maritime Trade Operations (UKMTO), which provides maritime security information, said the attack was not piracy. The vessel was about 152 nautical miles (280 km) northeast of the Omani port of Duqm when it was attacked, it said.

London-based Zodiac Maritime, which is controlled by Israeli magnate Eyal Ofer whose father Sammy was Israel's most famous shipowner, said the ship was sailing under the control of its crew and own power to a safe location with a US naval escort.

According to Refinitiv ship tracking, the medium-size tanker was headed for Fujairah, a bunkering port and oil terminal in the United Arab Emirates, from Dar es Salaam in Tanzania.