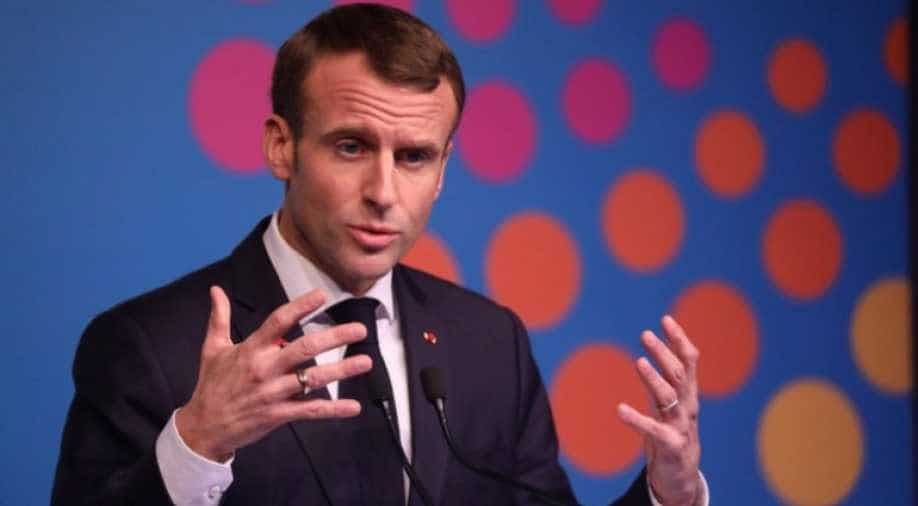 An extra 10 billion euros ($11 billion) in support for low-income workers and a U-turn on the fuel tax have yet to convince many to end their protests.

France should link pension rises for the poorest retirees with inflation again, the head of President Emmanuel Macron`s ruling party said on Sunday, as politicians seek a response to a wave of protests over high living costs.

"Yellow vest" demonstrators kept up the pressure for the 17th weekend in a row, even as turnout across France fell to its lowest since the movement erupted last November as a backlash against fuel tax hikes.

An extra 10 billion euros ($11 billion) in support for low-income workers and a U-turn on the fuel tax have yet to convince many to end their protests.

Macron is seeking to stem discontent via a national policy debate, with a marathon of town hall-style consultations with local representatives due to wrap up next week before the president returns his conclusions in April.

Lawmakers from his own La Republique en Marche party (LREM, or Republic on the Move) - an upstart force behind Macron`s electoral victory in 2017 that has a majority in the lower house of parliament - are also presenting policy proposals.

One of these would tweak the way pensions are calculated for the poorest, LREM party chief Stanislas Guerini told Le Parisien newspaper on Sunday.

For 2019, the government had limited pensions rises to 0.3 per cent - a modest hike after French consumer prices rose 1.8 per cent on average in 2018 and are expected to remain above 1 per cent this year.

Guerini did not flesh out the cost entailed in potentially linking some pensions to inflation.

Among other measures, LREM will also propose making rentals of cleaner car models available to low-income households for under 50 euros ($56) a month, Guerini said.

The now-scrapped fuel tax hike, heralded by Macron as part of a bid to fight climate change, had especially incensed people in rural areas who depend on their cars to get to work.

"As soon as a topic mobilises a certain number of people, let`s say a million, a draft law could be pulled together by an assembly of citizens chosen through lots," Guerini said in the interview.