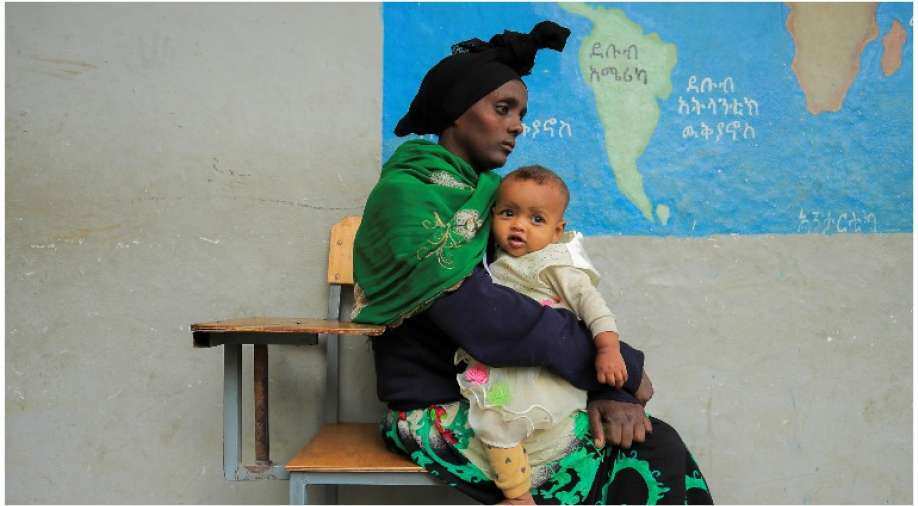 All sides fighting in the war in Ethiopia's northern region of Tigray committed violations that may amount to war crimes, according to a joint investigation by the United Nations and Ethiopia published on Wednesday.

The report accuses all sides of torturing and killing civilians, carrying out gang-rapes and making arrests on the basis of ethnicity.

It was released the day after Ethiopia declared a state of emergency. Tigrayan forces said on Monday they might march on the capital to topple Prime Minister Abiy Ahmed's government.

The investigation was carried out by the UN's Office of the High Commissioner for Human Rights and the state-appointed Ethiopian Human Rights Commission.

It covers from November to June during the year-long conflict fought by Tigrayan forces against the Ethiopian military and its allies - forces from the Amhara region and soldiers from the neighbouring country of Eritrea.

"All parties to the Tigray conflict have committed violations of international human rights, humanitarian and refugee law. Some of these may amount to war crimes and crimes against humanity," said Michelle Bachelet, United Nations High Commissioner for Human Rights.

Bachelet said most violations in the period covered by the report were committed by Ethiopian and Eritrean forces, but since then, they had seen an increase in reports by Tigrayan forces as well as continuing abuses by the Ethiopians and Eritreans.

Eritrean forces - either individually or collectively - had "huge responsibility" for many violations, she said.

The report draws on 269 interviews, many containing graphic details of rapes and mutilations by Eritrean soldiers on military bases.

Prime Minister Abiy said he accepted the report despite some "serious reservations" and said it did not accuse the government of genocide or using food as a weapon. He said a civil-military taskforce would be established to investigate all the allegations in the report. Ethiopia has said individual soldiers are on trial for rape and killing.

The Tigray People's Liberation Front (TPLF) spokesperson Getachew Reda said the report "did not cover all the heinous crime spots" and accused Ethiopian investigators of bias.

The report said Eritrean soldiers had killed around 100 civilians in the city of Axum, that Ethiopian soldiers had dragged about 70 men from their homes and killed them in three villages in southern Tigray, and that Tigrayan forces had killed around 200 Amhara civilians in the town of Mai Kadra, a crime followed by revenge killings of Tigrayans by Amhara.

Investigators said they did not travel to Sudan, where most Tigrayan victims of Mai Kadra fled, due to time constraints. The report noted around 600,000 Tigrayans fled Western Tigray after it fell under Amhara control.

Reuters and other news organisations, rights groups, and civil society groups have documented many more mass killings of civilians that were not mentioned in the report.

It was not clear whether the report's findings could form the basis for legal action. Ethiopia and Eritrea are not members of the International Criminal Court, so it has no jurisdiction.

The report also accused Eritrean soldiers of forcing Eritrean refugees living in Tigray to return, in violation of international law.

The report mentioned investigators were often hindered in their work, particularly areas controlled by Amhara forces, or unable to visit certain areas due to insecurity. It did not mention that Ethiopia deported a U.N. investigator working on the report in September.

The report said the Tigrayan leadership was reluctant to engage due to the presence of investigators from the state-appointed Ethiopian Human Rights Commission.

The war began a year ago after regional forces and Tigrayan soldiers in the national army seized control of military bases across Tigray. They said the central government was about to move against Tigray after the region held its own elections despite a government directive delaying them.

The conflict has left about 400,000 people in Tigray facing famine, killed thousands of civilians and forced more than 2.5 million people in northern Ethiopia to flee their homes.