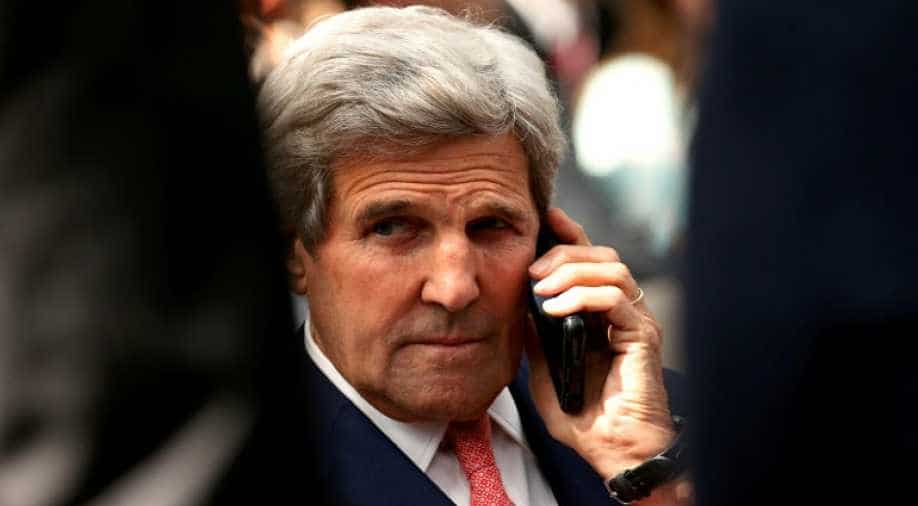 Kerry visits Ukraine tomorrow before heading to Warsaw to join US President Barack Obama for the NATO summit. Photograph:( Reuters )

Follow Us
US Secretary of State John Kerry arrived in Georgia today where he will sign agreements to deepen defence and security cooperation with the former Soviet state days before an important NATO summit.

It is Kerry's first visit as Secretary of State to Georgia and comes ahead of a NATO summit in Warsaw scheduled on Friday where members of the Western military alliance plan to announce action to deter what they say is an increased Russian military threat.

Georgia and former Soviet states like Moldova and Ukraine have become increasingly concerned by Russia's intentions after the Kremlin annexed Ukraine's Crimea in 2014 and launched air strikes in Syria last year.

A senior State Department official said Kerry would sign a memorandum of understanding on security and defence that would promise to bolster Georgia's ability to defend itself.

Georgia, which is criss-crossed by strategically-important oil and gas pipelines, fought and lost a short war with Russia in 2008.

Until now, US security support has focused on training Georgian troops for operations in Afghanistan and Iraq.

'Georgia visit not aimed to send message to Russia'

The State Department official denied Kerry's Georgia visit and another trip to Ukraine on Thursday were aimed at sending a message to Russia.

"These are important partners of the alliance, partners whose security means a lot to the United States," the official told reporters travelling with Kerry.

"It's a chance to highlight the fact that we are close partners and their security interests and their aspirations to get closer to the EU and NATO also matter to us.

"Russia can take whatever message it would like," the official said, saying the visits were a show of support to reassure.

Moscow has accused the West, notably Washington, of stirring anti-Russian feelings among former Soviet states which it deems part of its own sphere of influence.

Kerry's visit follows Britain's decision to leave the EU, a move that stoked fears among former Soviet republics who want to join the bloc but now fret it will turn inward.

During his one-day visit, Kerry will meet Georgian officials, including President Georgy Margvelashvili and Prime Minister Georgy Kvirikashvili. He will also meet the opposition and stress the importance of holding free elections in October.

Kerry then visits Ukraine on Thursday before heading to Warsaw to join US President Barack Obama for the NATO summit.

In Ukraine, Kerry's third visit there since Russia annexed Crimea, he will focus on the implementation of the Minsk peace accords and the country's reform agenda. It will be Kerry's first chance to meet new Prime Minister Volodymyr Groysman.