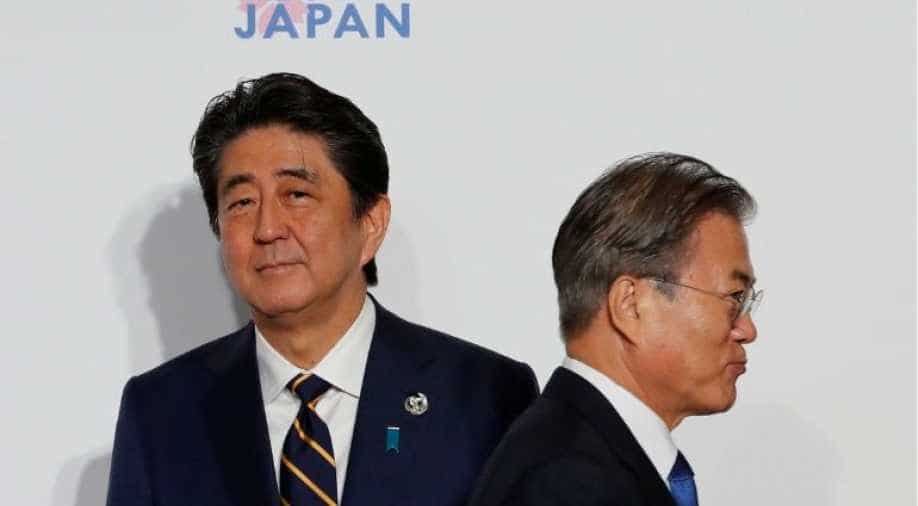 'The government at a cabinet meeting today approved a revision to the export control law... South Korea, the only Asian nation on the list, will be removed,' Japan's Trade Minister Hiroshige Seko told reporters.

Japan on Friday said it will remove South Korea from a "white list" of favoured export partners, a move that Seoul has warned will have "grave consequences" for security ties between the US allies.

"The government at a cabinet meeting today approved a revision to the export control law... South Korea, the only Asian nation on the list, will be removed," Japan's Trade Minister Hiroshige Seko told reporters.

The measure, which is expected to take effect later this month, comes after Tokyo last month tightened the rules on exports of three products key to South Korea's chip and smartphone industries, raising fears for global supply in the sectors.

Tokyo's decision comes despite calls from Washington for the two US allies to set aside their differences, and after South Korea warned it would review security cooperation with Japan if the de-listing went ahead.

South Korea is now the first country ever to be dropped from Japan's so-called "white" list of nations granted minimal constraints on exports of products that could be diverted to military use.

It means hundreds of products listed as sensitive will be subject to tighter export controls, though experts said the effect would be more symbolic than economic.

It "will only have a limited impact on the South Korean economy," said Hajime Yoshimoto, senior economist at Nomura Securities, in part because Japanese exporters can obtain special permission to ship to non-white-list countries with simplified procedures.

Many major Japanese exporters already have that special permission, according to the trade ministry.

"I'd like to make it clear that this is not an export embargo," Seko said Friday.

"We believe stripping South Korea of preferential treatment does not affect the global supply chain or have a negative impact on Japanese companies."

The measure is the latest blow to ties between South Korea and Japan, which have plunged to new lows over a long-running dispute on forced labour during World War II.