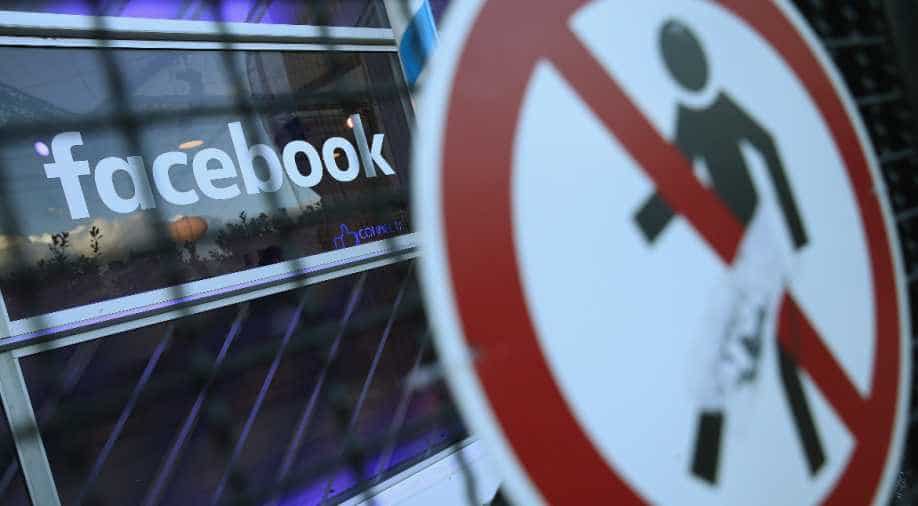 A spokesman for Facebook in Israel said the company was not commenting on the minister's assertions. Photograph:( Getty )

Follow Us
Israel's minister of internal security on Saturday accused Facebook and its founder, Mark Zuckerberg, of not doing enough to prevent incitement against Israel and said the social network was "sabotaging" Israeli police work.

Israel has in the past said Facebook is used to encourage attacks and the government is drafting legislation to enable it to order Facebook, YouTube, Twitter and other social media to remove online postings it deems incite terrorism.

But the comments made by Gilad Erdan, a cabinet minister in Prime Minister Benjamin Netanyahu's Right-wing coalition that oversees law enforcement, were particularly biting.

He said Zuckerberg was responsible for Facebook policy and called on "the citizens of Israel to flood him in every possible place with the demand to monitor the platform he established and from which he earns billions".

A spokesman for Facebook in Israel said the company was not commenting on the minister's assertions.

During an interview on Channel 2 television, Erdan said, "Facebook today, which brought an amazing, positive revolution to the world, sadly, we see this since the rise of Daesh (Islamic State) and the wave of terror, it has simply become a monster."

"Facebook today sabotages, it should be known, sabotages the work of the Israeli police, because when the Israeli police approach them, and it is regarding a resident of Judea and Samaria, Facebook does not cooperate," he said, referring to the area of the West Bank.

Since October, Palestinians have killed 34 Israelis and two visiting US citizens in a wave of street attacks, mostly stabbings. Israeli forces have shot dead at least 201 Palestinians, 137 of whom Israel has said were assailants. Others were killed in clashes and protests.

Palestinian leaders say assailants have acted out of desperation over the collapse of peace talks in 2014 and Israeli settlement expansion in occupied territory that Palestinians seek for an independent state. Most countries view the settlements as illegal. Israel disputes this.

Israel says incitement in the Palestinian media and personal problems at home have been important factors that have spurred assailants, often teenagers, to launch attacks.

Tensions over Jewish access to a contested Jerusalem holy site, revered by Muslims as Haram al-Sharif (Noble Sanctuary) and Jews as Temple Mount, have also fuelled the violence.