In new $150mn weapons package, US President Joe Biden to send counter-artillery radar, others to Ukraine 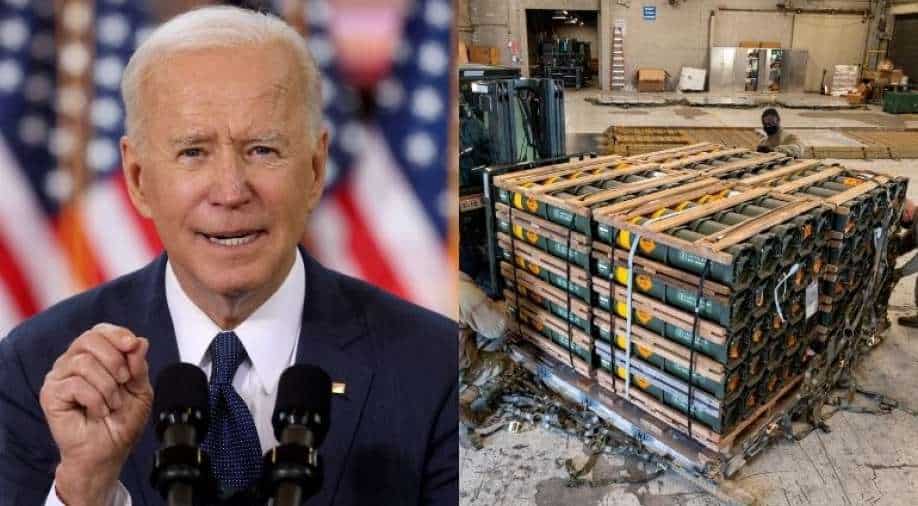 To help Ukraine in this time of dire need, the United States has sent around $3.4 billion worth of armaments since Russian invasion. It includes "Ghost" drones, howitzers, anti-tank Javelin missiles, anti-aircraft Stinger systems and ammunition. The new transfers of weapons will happen from the remaining $250 million in Presidential Drawdown Authority (PDA)

As the conflict continues to escalate, a new $150 million weapons package for Ukraine has been signed and announced by US President Joe Biden on Friday, media reports said.

This package will help Ukraine fight off Russian invasion by giving it access to additional artillery munitions, radar and other equipment. It is the latest in the series of transfers.

The new package, which is worth $150 million, will include 25,000 155mm artillery rounds, jamming equipment, counter-artillery radar, field equipment and spare parts, a Reuters report said, citing a US official.

In a statement, Biden said, "Today, the United States is continuing our strong support for the brave people of Ukraine as they defend their country against Russia's ongoing aggression."

To help Ukraine in this time of dire need, the United States has sent around $3.4 billion worth of armaments since Russian invasion.

The new transfers of weapons will happen from the remaining $250 million in Presidential Drawdown Authority (PDA).

In response to an emergency, PDA allows the president to make the transfer of excess weapons without congressional approval from the US stocks.

For Ukraine, Biden had also proposed a $33 billion assistance package last month. To send it, the president needs Congress approval.

"Congress should quickly provide the requested funding to strengthen Ukraine on the battlefield and at the negotiating table," Biden said while saying that the latest authorisation of weapons has "nearly exhausted" the drawdown authority funding.