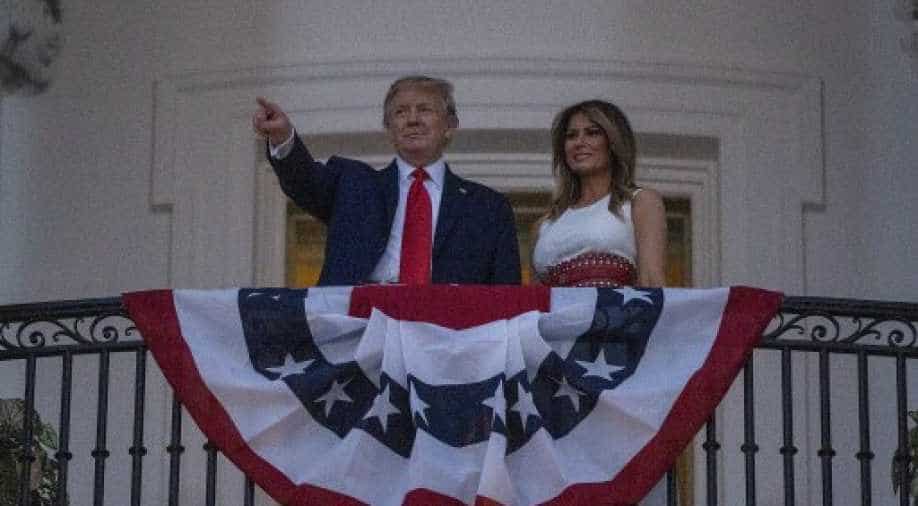 Responding to Kanye West's claim that he would run against Donald Trump -- for whom the musician has expressed support in the past, Trump told reporters at the White House, "He may."

US President Donald Trump said Tuesday that rapper Kanye West's declaration that he is running for president was "very interesting."

Responding to West's claim that he would run against Trump -- for whom the musician has expressed support in the past, Trump told reporters at the White House, "He may."

Also read: What would Kanye West have to do to launch a late White House bid?

The declaration by West, 43, on Twitter, that he was gunning for the highest office in the land was retweeted half a million times and "liked" a million.

"If he did it, he would have to view this as a trial run for what's going to happen in four years," said Trump, noting that it may be too late for West to register in some states and that he lacks the infrastructure for a presidential bid.

West, who visited Trump in the Oval Office in 2018 and donned a trademark "Make America Great Again" red baseball cap, announced his proposed run on Saturday, as the country celebrated Independence Day.

"We must now realize the promise of America by trusting God, unifying our vision and building our future," the music and fashion mogul said.

"I am running for president of the United States," he said, with an icon of a US flag and the hashtag "2020Vision."

He has not provided any details about his alleged campaign.