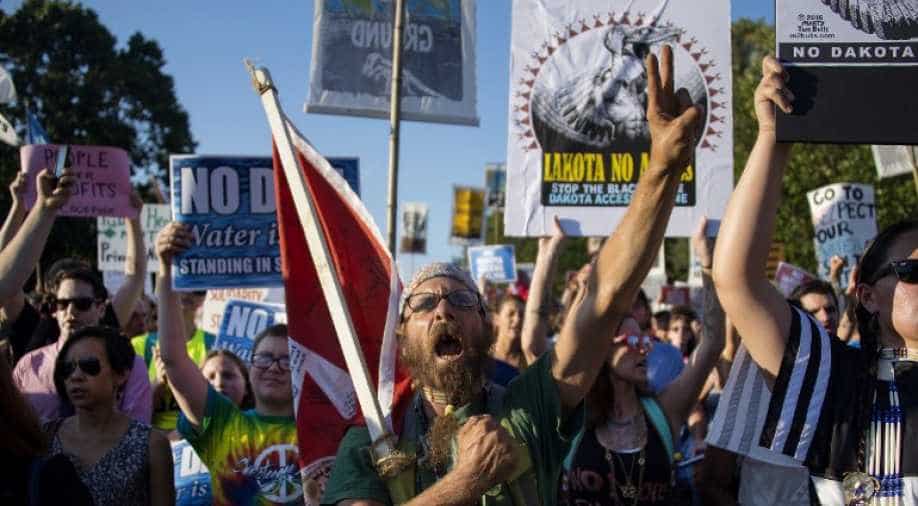 Energy Transfer Partners and its subsidiary, Sunoco Logistics Partners, who are responsible for the construction of the pipeline said the delay has cost them more than $100 billion.

Meanwhile, protesters took to the streets of New York in solidarity with the Sioux people after the government's hold up over granting an easement for the pipelines construction.

"We want to stand with the Sioux people in defending sacred land against poisonous pipelines," said protester Marty Goodman. "They're threatening millions of people in the entire region and threaten ultimately the climate of the entire planet."

The $3.7 billion pipeline, which is nearly complete has drawn severe criticism from enviromental activists who say in addition to destroying the burial grounds, it will pollute all nearby water sources.

"They want nothing but clean water for their area at Standing Rock. That's the simple truth. They don't want to play any games, they just want to have clean water and they have every right to that on their sacred land."