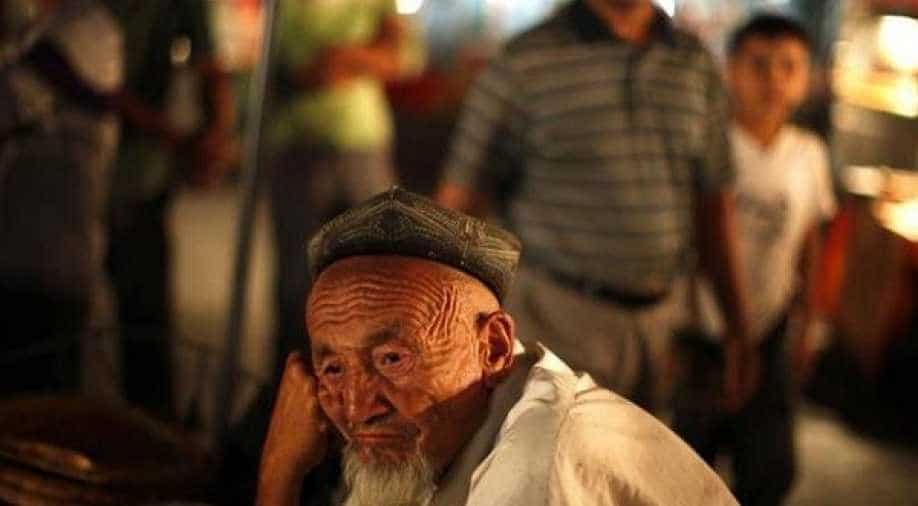 People Liberation Army has long been blamed for the suppression of the largest ethnic community of the province.

The Chinese government has destroyed a graveyard which belonged to Uighur community in Khotan town of Xinjiang Province, claimed historian Rian Thum on Wednesday.

"The Chinese government has now destroyed the central Uyghur graveyard in Khotan. It was also the site of several sacred shrines," tweeted Thum, along with two images taken from satellite: First showing a land filled with structure and the second of barren land.

People Liberation Army has long been blamed for the suppression of the largest ethnic community of the province.

Referring to a notice which appeared near the graveyard, the author of `The Sacred Routes of Uyghur History`, explained that the document was placed to warn the community to remove the corpses of their relatives in six days."

The document refers to this graveyard as the "property of the city" of Khotan. Bodies will be moved to Imam Musa Kazim graveyard.

Relatives have a six-day window to ID graves for the gov, after which it will be "their own responsibility" if ancestors become "unclaimed corpses" he said in the series of tweet. He underlined that this notice was "smuggled" out of China.

Many international human rights organisations have accused China of cracking down on the Uighurs by sending them to mass detention camps, interfering in their religious activities and sending the minority community to undergo some form of forceful re-education or indoctrination.

In 2018, a UN human rights committee publicly stated that they had seen "credible reports" pertaining to the detention of up to two million Uighurs and other Muslim minorities in "political indoctrination camps".

However, China has denied all these claims.

Further claiming that this graveyard is not the first, he said, "Another graveyard recently destroyed, this one on the western outskirts of Khotan. H/t to the Uighur netizen who pointed it out to me,".

Around 10 million Uighur are concentrated in the province. The province has been named as the Xinjiang Uygur Autonomous Region (XUAR). It spans over 640,000 square miles, representing about one-sixth of the total land area under the control of the People`s Republic of China.