China rebukes US over warship sail-by in Taiwan Strait 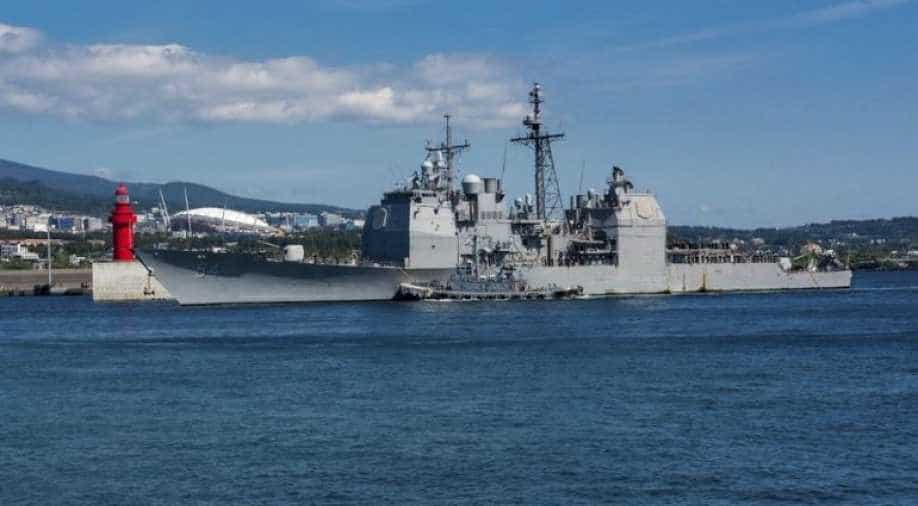 The US Navy said the USS Preble, a destroyer, and USNS Walter S. Diehl, a supply ship, conducted a routine transit 'in accordance with international law' on Wednesday.

China said Thursday it had lodged a protest with Washington after two US warships sailed through the Taiwan Strait amid rising tensions between the two powers.

The US Navy said the USS Preble, a destroyer, and USNS Walter S. Diehl, a supply ship, conducted a routine transit "in accordance with international law" on Wednesday.

"The ships' transit through the Taiwan Strait demonstrates the US commitment to a free and open Indo-Pacific," the navy said.

"The US Navy will continue to fly, sail and operate anywhere international law allows."

US warships periodically conduct "freedom of navigation" exercises in the narrow waterway separating the Chinese mainland and Taiwan, triggering angry responses from Beijing every time.

Beijing views any ships passing through the strait as essentially breaching its sovereignty, while the US and many other nations view the route as international waters open to all.

"We have lodged solemn representations with the US," Chinese foreign ministry spokesman Lu Kang said at a regular press briefing.

The sail-by comes on top of tensions between the United States and China over trade and US efforts to thwart Chinese telecom giant Huawei over security concerns.

The transit also comes as the US, Japan, South Korea and Australia kicked off operation "Pacific Vanguard" near Guam, bringing together more than 3,000 sailors from the four countries.

In April, Beijing said its navy warned off a French warship that had entered the Taiwan Strait and lodged an official complaint with Paris.

China sees Taiwan as part of its territory to be reunified, despite the two sides being ruled separately since the end of a civil war on the mainland in 1949.

The US diplomatically recognises China over Taiwan, but remains the island's chief military ally and arms supplier.

For the Guam naval drills, Australia has contributed two frigates, Japan two destroyers and South Korea one destroyer. The USS Blue Ridge, the 7th Fleet's flagship, will lead the operation from the US side.

Home to more than 160,000 people, Guam was at the centre of nuclear tensions between Washington and Pyongyang in 2017, with North Korea threatening to hit the US territory with "enveloping fire".