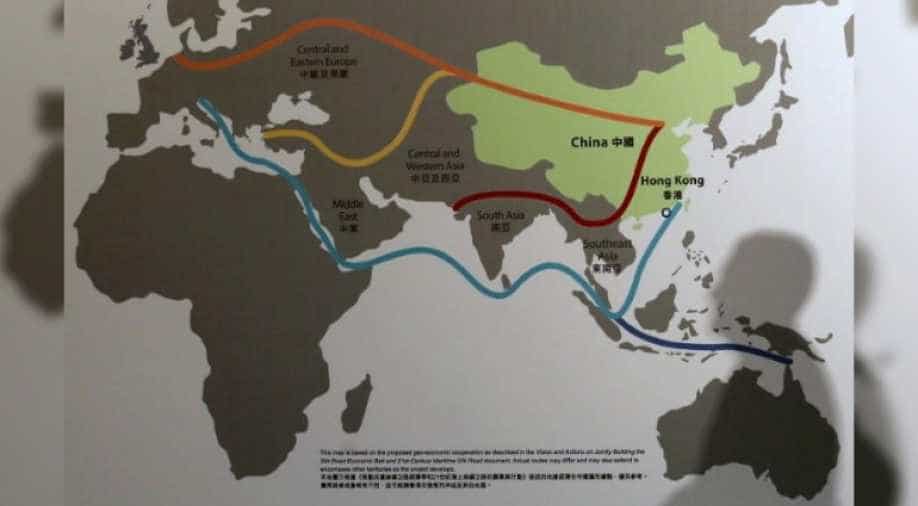 China has invested more than $843 billion to build roads, bridges, ports and hospitals in some 163 nations since the programme was announced in 2013, including many countries across Africa and Central Asia.

China's ambitious foreign infrastructure push has saddled poor nations with "hidden debt" worth $385 billion, and more than a third of the projects have been hit by alleged corruption scandals and protests, a study said Wednesday.

Research from international development research lab AidData said that opaque deals with state banks and companies under President Xi Jinping's flagship investment drive -- the Belt and Road Initiative -- has left dozens of lower-income governments strapped with debt that isn't on their balance sheets.

Pictures: All you need to know about China's Belt and Road Initiative

China has invested more than $843 billion to build roads, bridges, ports and hospitals in some 163 nations since the programme was announced in 2013, including many countries across Africa and Central Asia.

Nearly 70 per cent of this money has been lent to state banks or joint ventures between Chinese businesses and local partners in countries that were already deeply indebted to Beijing, AidData executive director Brad Parks told AFP.

"Many poor governments could not take on any more loans," Parks said. "So (China) got creative."

He said loans were given to a "constellation of actors other than central governments" but often backed by a government guarantee to pay up if the other party couldn't.

"The contracts are murky, and governments themselves don't know the exact monetary values they owe to China," he said.

These under-reported debts are worth about $385 billion, the study found.

AidData, which is based at the College of William and Mary in Virginia, listed 45 lower and middle-income countries which now have levels of debt exposure to China higher than 10 per cent of their national gross domestic product.

Resentment has been fuelled by high levels of Chinese money flowing into places such as Balochistan in southwest Pakistan, where locals say they get little benefit and militants have launched a string of attacks aimed at undermining Chinese investment.

"What we're seeing right now with the Belt and Road Initiative is buyers' remorse," Parks said.

"Many foreign leaders who were initially eager to jump on the BRI bandwagon are now suspending or cancelling Chinese infrastructure projects because of debt sustainability concerns."

Beijing's lending spree has slowed over the past two years due to pushback from borrowers, the study said.

The Group of Seven wealthy nations also announced a rival scheme to counter Beijing's dominance in global lending this year.

Parks said their research concluded the BRI was "not a grand scheme to build alliances", as is sometimes portrayed by Beijing, but rather China "hunting for the most profitable project."