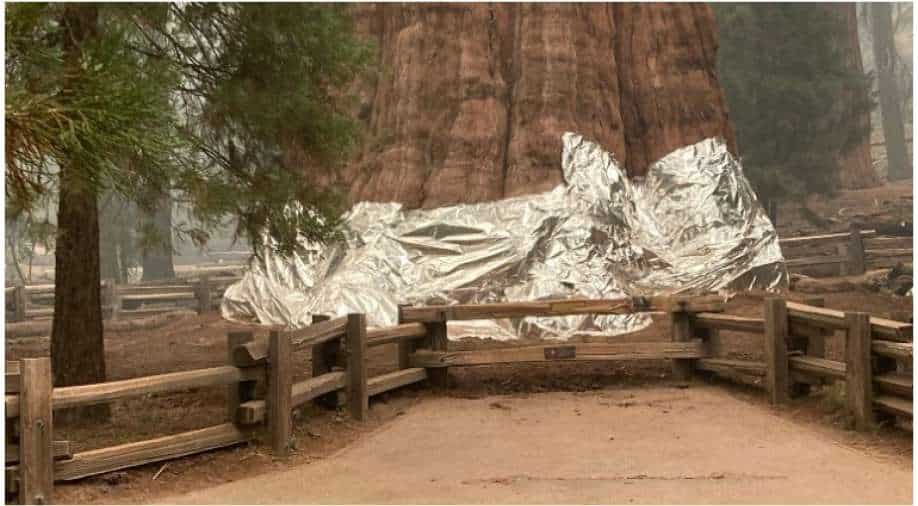 The ancient tree can be seen wrapped in fireproof blanket Photograph:( AFP )

Wildfires are tearing through drought-stricken areas of California. Firefighters have pre-positioned their fire engines to save few of the world's largest trees including General Sherman, the huge Seqoia tree that is more than 2000 years old

General Sherman, the 275-foot (83 metres) Sequoia tree that's considered world's largest tree by volume was wrapped in a fire-proof blanket on Thursday to protect it from California wildfires. The tree is more than 2000 years old. Wildfires are engulfing drought-stricken areas in western United States. Other huge and ancient trees in the area are also being protected in this manner by fire brigade officials. 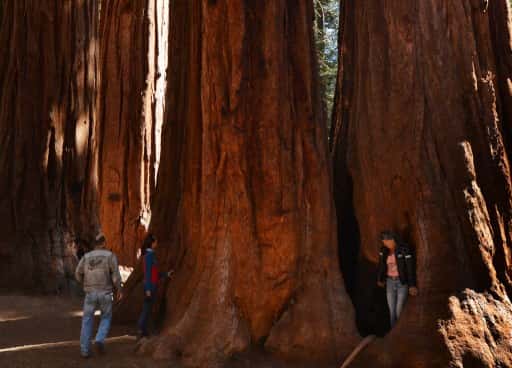 "They are taking extraordinary measures to protect these trees," said park resource manager Christy Brigham, according to The Mercury News. 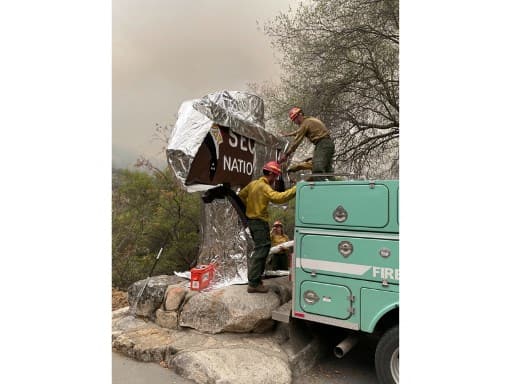 Millions of acres (hundreds of thousands of hectares) of California's forests have burned in this year's ferocious fire season.

Scientists say man-made global warming is behind the yearslong drought and rising temperatures that have left the region highly vulnerable to wildfires.

On Thursday, two fires were looming on the park's Giant Forest home to five of the world's largest trees, including the General Sherman.

Around 500 personnel were engaged in battling the Paradise Fire and the Colony Fire, which together have already consumed 9,365 acres of woodland since they erupted from lightning strikes on September 10.