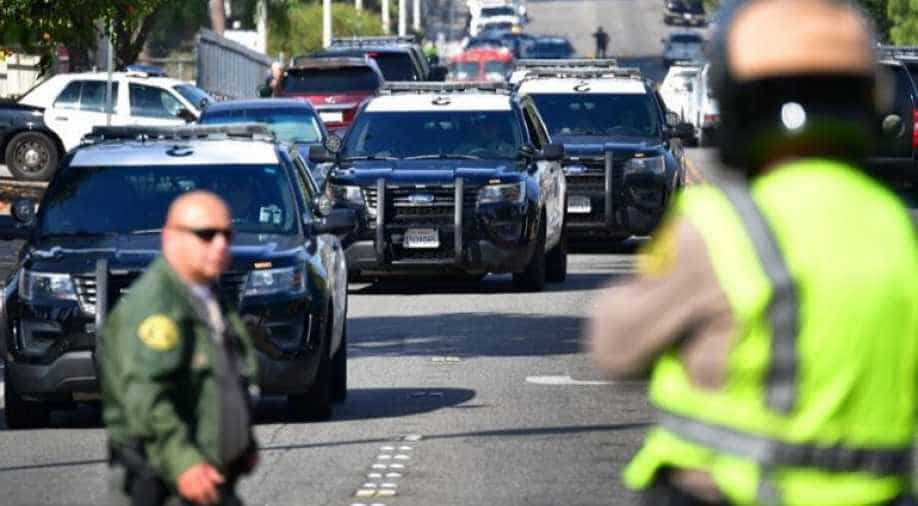 wo fellow students were killed and several others were injured before Berhow, who had turned 16 that day, shot himself in the head. He died a day later

The teenager who gunned down two classmates at a California school last week before shooting himself used a "kit gun" that is untraceable, authorities said Thursday.

In a tweet, Los Angeles County Sheriff Alex Villanueva said the so-called "ghost gun" used by Nathaniel Berhow was assembled from parts that do not have serial numbers.

He said kit guns also are known as "80 per cent guns" - are sold at gun shows or can be purchased online, allowing owners to skirt California's gun laws.

Ghost guns "are sold as a kit, and you can legally buy it, assemble the weapon yourself and you have a gun that is not registered and no one knows that you have it, it's very dangerous," Villanueva told ABC7.

The sheriff added in a statement that it was unclear who assembled the .45-caliber pistol used by Berhow last Thursday during his rampage at Saugus High School, a short commute from Los Angeles.

Two fellow students were killed and several others were injured before Berhow, who had turned 16 that day, shot himself in the head. He died a day later.

Authorities are still trying to piece together what prompted the shooting, especially as Berhow had no history of troubling behaviour.

Villanueva said Berhow's father had six registered guns that were lawfully removed from the home and subsequently destroyed. A later search turned up the "kit gun."

The sheriff said investigators are looking at Berhow's electronic communication in the hope it will shed light on his motive.