Australia admits 'may have killed' civilians in 2017 Mosul raid 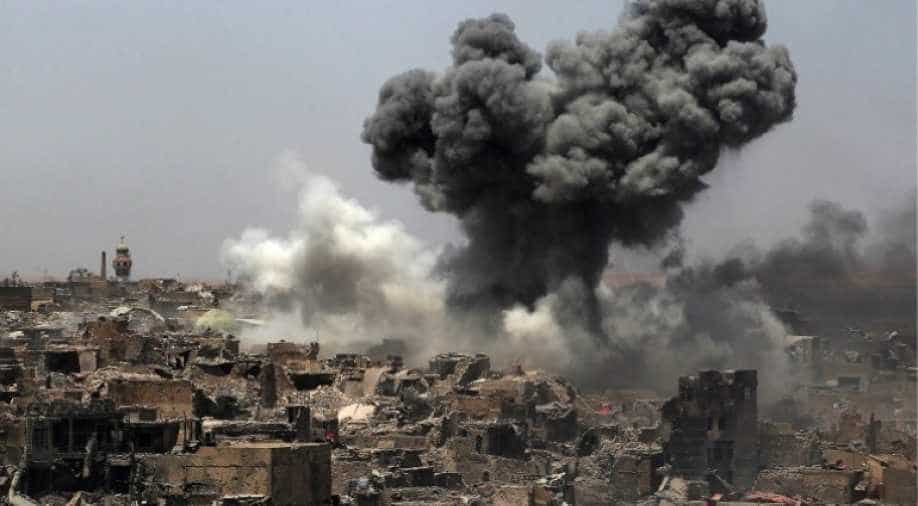 Air Marshal Mel Hupfeld indicated there was no firm information about the number of deaths or whether they came as a result of the Australian strike, or from other coalition members.

Australia on Friday acknowledged it may have killed as many as 18 civilians in an air strike on Mosul two years ago, during a massive and ultimately successful campaign to dislodge jihadi fighters.

"The coalition assesses that between six and 18 civilians may have been killed," during strikes on the Al Shafaar neighbourhood.

Air Marshal Mel Hupfeld indicated there was no firm information about the number of deaths or whether they came as a result of the Australian strike, or from other coalition members.

The intense aerial bombardment to retake what had been Iraq's second-largest city has already been the subject of intense scrutiny, with the US-led coalition admitting over 1,100 civilian casualties.

A total of 30,008 strikes against IS were carried out between August 2014 and the end of August 2018, with the Mosul campaign being particularly intense.

Critics have alleged the coalition strategy leaned too much on overwhelming air power. While quicker and posing fewer risks for coalition forces, they allege it put civilians at greater risk.

Monitoring group Airwars says the number of civilian deaths acknowledged by the coalition is well below the true toll of the bombing campaign, estimating that at least 7,468 civilians were killed.

IS was known to hold civilians as human shields in a deliberate effort evade detection, deter air strikes and shape Western public opinion against the war.

Hupfeld said the Australian strike was requested by Iraqi security forces and was in "full compliance with the law of armed conflict and applicable rules of engagement".

"The Australian Defence Force takes all feasible precautions to minimise the risk of civilian casualties."

Ahead of the strike, seven IS fighters were identified in a building and adjacent courtyard, armed with heavy weapons.

They were hit with a "500lb precision guided munition" which "achieved the effect desired".

Australia's defence forces said the civilian casualties were in a nearby building.