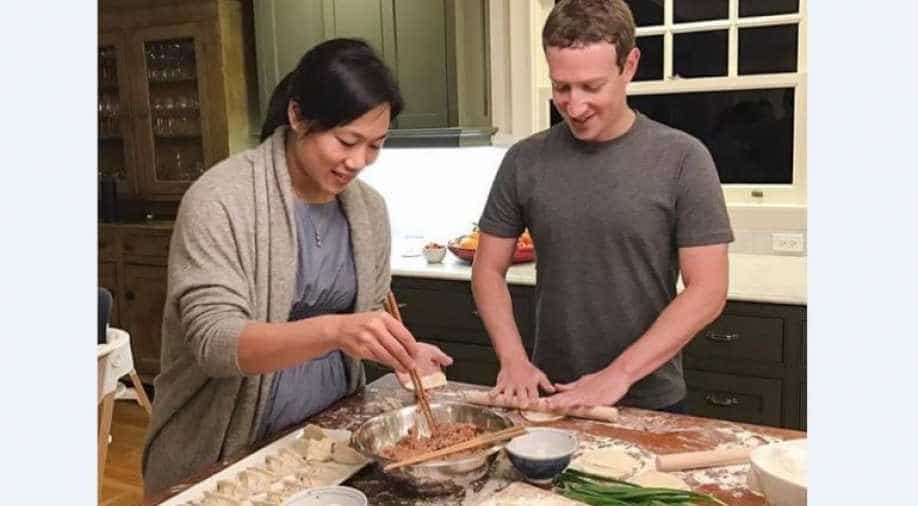 Zuckerberg also believes in keeping fit. He is often seen posting online about his fitness goals and challenges that he keeps taking up to keep agile and fit

Facebook CEO Mark Zuckerberg rings in his 34th birthday today. The chief of one of the world's biggest social networking giants is well known for his love for fitness and food.

Although, Zuckerberg recently made front-page headlines all across over the Cambridge Analytical scandal, on his special day we decide to cut him some slack and focus on other aspects of his life.

Take a look at this, Zuckerberg was presented a meat-shaped cake last year on his 33rd birthday. No guesses there, the chief loves his steaks.

My team got me a meat-shaped cake for my birthday. This made me smile.

A look at Zuckerberg's social feed suggests his severe love for all things yummy.

Happy Lunar New Year! Priscilla and I celebrated by making dumplings. Wishing everyone a great Year of the Rooster full of health, happiness, friends and family. 鸡年吉祥!

He also believes in keeping fit. Zuckerberg often posts about his fitness goals and challenges that he keeps taking up to keep agile and fit.

And, not to mention, the chief knows how to keep it light, fun and peppy.

When your child can now make you breakfast (sort of). Happy Mother's Day!

Undeniably, Zuckerberg had a tumultuous year with his company emerging at the centre of a scandal that allegedly compromised the privacy of nearly 90 million users across the globe. The episode created an outcry across the world and led to Zuckerberg appearing for a Congressional hearing last month.

While he continues to face heat over user privacy and data breach, here's wishing that Zuckerberg, world's 13th most powerful person (according to Forbes), soon manages to fix all that went amiss.