Amid Neo-Nazi threat, Germany remembers dark past with Israel 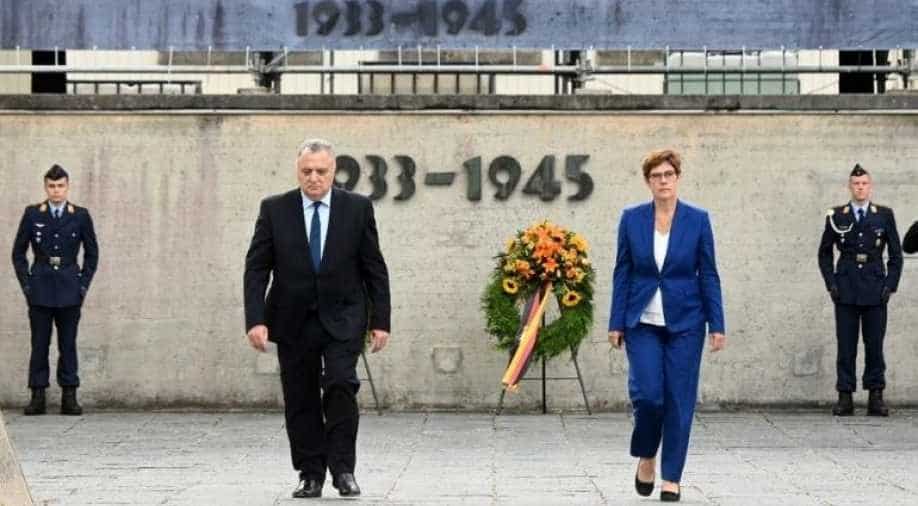 On the occasion of the 75th anniversary of the Holocaust, Israel and Germany harbour the memory of a ghastly past

With the salute, Swastika, skinheads, racial hate, the Neo-Nazi movement is horrifying.

The tragedy that happened 75 years ago must not be forgotten and the holocaust must be kept in the public consciousness.

On the occasion of the 75th anniversary of the Holocaust, Israel and Germany harbour the memory of a ghastly past.

Both the countries have come together to create a better history as Germany has welcomed Israeli air force into its airspace for the first time ever.

The joint exercise is much more than simulated dogfights, air-to-ground battles or chafing missile threats.

Both German and Israeli pilots value the joint commemoration of the holocaust more than anything even flying.

The most significant part of the exercise came at Dachau, where a Nazi camp built in 1933 served as a model for similar camps that followed.

More than 40,000 Jews were killed at Dachau during the Second World War.

For the Israelis, the joint flypast over the camp was an emotional moment.

Along with Holocaust survivors, several high-profile people witnessed the event, including Israel Ambassador Jeremy Issacharoff and German Defence Minister Annegret Kramp-Karrenbauer, who paid tributes to the Jews who were killed at the camp.

"From this, let us draw the strength to continue our commitment to the security of both our nations and to defending the universal values of freedom and human dignity that were betrayed so cruelly and terribly in this place," Kramp-Karrenbauer said.

The camp is a reminder to Germany as it grapples with a rise in antisemitism.

And, the Israeli Ambassador has sought an ultimate guarantee that the horrors that this place witnessed will never happen again.