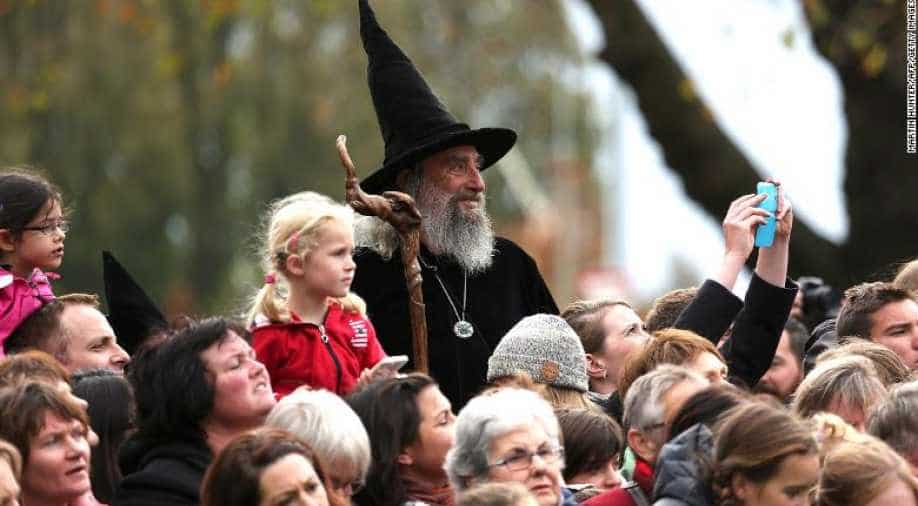 The Wizard Photograph:( Others )

The Wizard is resistant to the idea of a female wizard, and suggests women can be fairies, instead.

For decades, Christchurch in New Zealand has had an official wizard. Ian Brackenbury Channell even holds a New Zealand driver's license issued to The Wizard, although he says he hasn't officially changed his name.

Over the years, he became a fixture in the city, and became such a well-known figure that he earned himself a TripAdvisor rating (four out of five stars). Since 1998, he's been paid 16,000 New Zealand dollars ($10,400) annually by the Christchurch City Council for "wizardry."

As a young man, The Wizard was a Royal Air Force Officer in Canada, and taught English literature at the University of Tehran.

When he lost his university job, he hatched a plan with the vice chancellor to give him a new position -- UNSW's first official wizard.

As he sees it, his role is to be a kind of provocateur -- someone who brings a sense of fun to the world, but also criticises the system.

When he became a wizard, he said, he lost all his friends and his wife left him.

So in 1974, he moved to Christchurch, New Zealand. And it was there that his wizarding path really took off.

In 1990, then New Zealand Prime Minister Mike Moore wrote him a letter on the official prime ministerial letterhead, suggesting that he should "urgently consider my suggestion that you become the Wizard of New Zealand, Antarctica and relevant offshore areas."

The Wizard is paid 16,000 New Zealand dollars ($10,400) annually. The wizard doesn't pay tax, and is financially supported by his fiance of 43 years, Alice Flett.

He met Flett at an Anglican church in Christchurch, and got engaged to in a public performance.

Now age 87, The Wizard wants to find a successor -- and appears to have got one in 39-year-old Ari Freeman, who teaches guitar and fronts a psychedelic funk band. 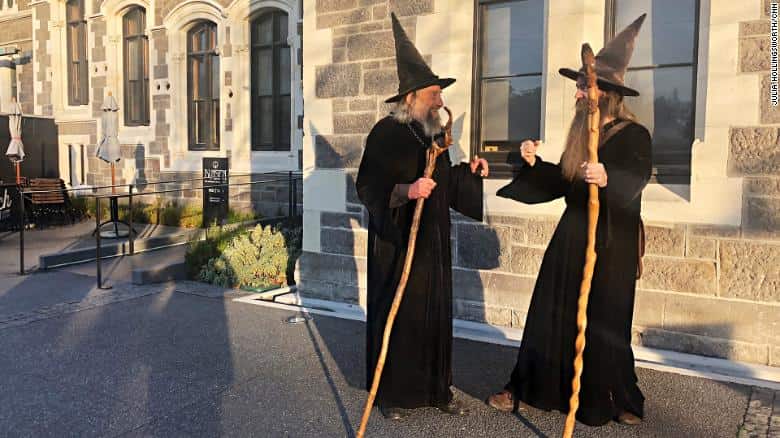 Freeman has been The Wizard's apprentice for six years -- but has seen himself as a wizard for far longer.

The Wizard is resistant to the idea of a female wizard, and suggests women can be fairies, instead.

To Freeman, being a wizard is a way to empower people who are lost or depressed, and shake them out of the bounds of what's expected. His partner, by the bye, loved the idea.