'You can't expect everyone...': Virat Kohli warns players 'cooked' in bubble life ahead of IPL 2021 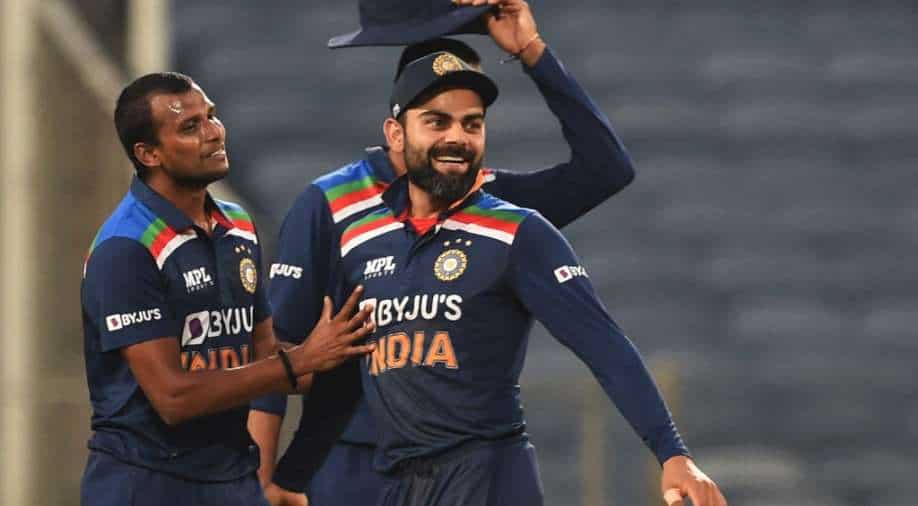 Indian captain Virat Kohli has warned that players are suffering after staying months inside bio-secure bubbles amid the COVID-19 pandemic as they head into the highly competitive Indian Premier League (IPL) 2021.

Indian captain Virat Kohli has warned that players are suffering after staying months inside bio-secure bubbles amid the COVID-19 pandemic as they head into the highly competitive Indian Premier League (IPL) 2021.

Kohli, who has been vocal about hectic scheduling amid stringent restrictions due to the virus, again raised concerns following the completion of the three-match ODI series which India won 2-1 in Pune on Sunday.

Players from both India and England moved on immediately to join their respective IPL 2021 squads and will again have to stay within the limits of the IPL “bubble”.

"Scheduling needs to be looked at in future, because playing in 'bubbles' for so long, two to three months, is going to be very, very difficult going forward," Kohli said.

"You can't expect everyone to be at the same level of mental strength. Some times you do get cooked and you do feel like a bit of a change.

"But a different tournament, it brings fresh challenges heading into the IPL."

Since the restart of cricket in August 2020, international players have been restricted to staying inside bio-secure bubbles since August with small breaks.

From September to January, Indian players went through the strictest quarantine and bio-bubble rules in the delayed IPL 2020 in UAE followed by India’s tour of Australia. The Indian players had a short break between the end of Australia seres and the start of England series, which comprised of four Tests, five T20Is and three ODIs.

England’s much-talked-about rest and rotate policy made sure players got rest during their three months touring Sri Lanka, where they played two Tests, and India.

Both Buttler and Bairstow have said that they have “enough” left in their batteries to play the IPL 2021 before going back to the international calendar and gear up for T20 World Cup, scheduled to be hosted by India later this year.

"It's been great that everyone's health has been really looked after and whenever it's possible to get out of the 'bubble' and back in," said Buttler, who stood in as captain for injured Eoin Morgan in the last two one-day internationals.

"So we are all very thankful for that to help with those situations and also it's about how we plan moving forward. That's going to be part of player welfare."