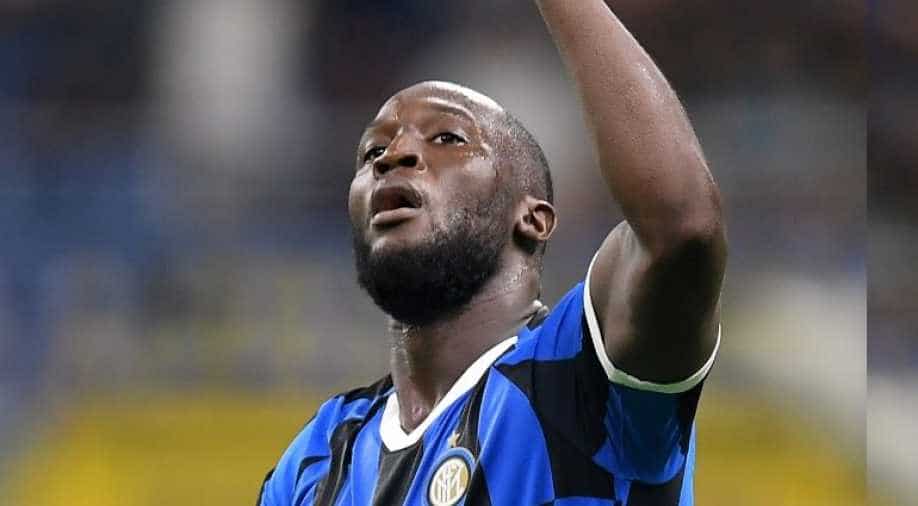 Belgium and Inter Milan striker Romelu Lukaku made a plea to football federations and social media platforms on Monday to do more to fight racism after he was subjected to racist abuse in Sunday's 2-1 Serie A victory at Cagliari.

The former Manchester United striker appeared to be the target of monkey chants from the home crowd at the Sardegna Arena -- the same venue where former Juventus forward Moise Kean was also abused -- as he prepared to take the decisive penalty.

Lukaku lamented the lack of action despite years of complaints.

"Many players in the last month have suffered from racial abuse. I did yesterday too," Lukaku said on Instagram. "Football is a game to be enjoyed and we shouldn't accept any form of discrimination that will put our game in shame.

"I hope the football federations all over the world react strongly on all cases of discrimination.

"Social media platforms (Instagram, Twitter, Facebook) need to work better as well with football clubs because every day you see at least a racist comment under a post of a person of colour. We've been saying it for years and still no action.

"Ladies and gentlemen it's 2019 - instead of going forwards we're going backwards ... As players we need to unify and make a statement on this matter to keep this game clean and enjoyable for everyone."

Chelsea boss Frank Lampard had also called on social media companies to register their users so they could be held accountable for online racist abuse.

Twitter said last month that it would meet with United and the anti-discrimination group Kick It Out to address online racist abuse towards players in Britain.

Last season, a number of Premier League players backed a Professional Footballers' Association (PFA) campaign to boycott social media for 24 hours in a stand against racism.