'We dominated the series,' says Shikhar Dhawan after India beat Sri Lanka to seal the series 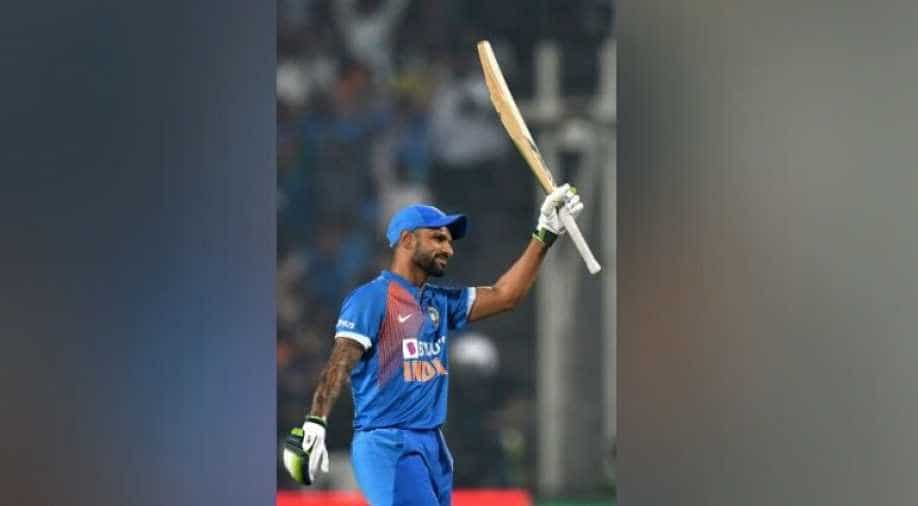 Shikhar Dhawan scored half century against Sri Lanka on Friday. Photograph:(AFP)
Follow Us

India secured a massive 78-run victory in the third T20I match against Sri Lanka here on Friday and consequently, won the series by 2-0 as the first match was abandoned due to rain.

After winning the three-match T20I series against Sri Lanka, India batsman Shikhar Dhawan said they dominated the series while experimenting with different players and batting order.

"We dominated the series and if I talk about myself, I had a challenge that I am coming back after an injury and I have to perform. Everyone has different challenges. A lot of players coming in, they have their own challenges," Dhawan said in the post-match press conference.

India secured a massive 78-run victory in the third T20I match against Sri Lanka here on Friday and consequently, won the series by 2-0 as the first match was abandoned due to rain.

Also Read: Australia have the goods to give Virat Kohli's men a run for their money: Finch ahead of ODI series against India

India, who were asked to bat first, posted a massive 202-run target for Sri Lanka which the visitors failed to chase as they were all out on 123 runs.

India made three changes in their squad for the third T20I against Sri Lanka and skipper Virat Kohli batted very low in the order.

Dhawan said they can try out new things in these series as the T20 World Cup is approaching.

"We won the first match and today, as a team, we wanted to bat first because we want to refine ourselves more while batting first and winning more games. That brings confidence and that is why we are consciously doing it," Dhawan added.