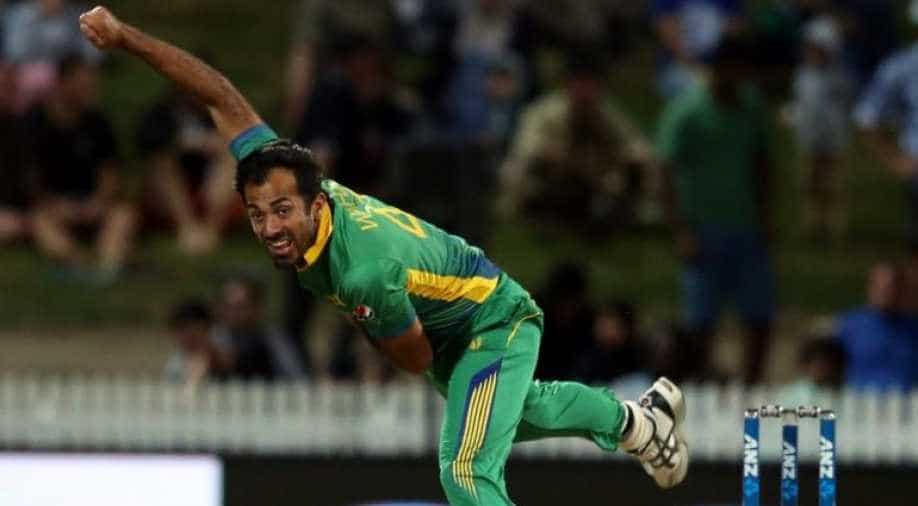 "Now it's about what we are going to do in the World Cup. Obviously, it`s the coach's duty to get the best results from the players, and he wants players that can win matches for the team. I also wanted to be in the team, the only difference is I missed two years of (international) cricket. Now I am in and want to prove him (Arthur) wrong and justify my opportunity," ESPN Cricinfo quoted Riaz, as saying.

In 2018, Arthur had criticised Riaz for his work ethic and even went on to say that the pacer has not won them a game in two years.

Riaz has not played an ODI match since June 2017 and was not named in the 17 men who were in England recently for a five-match ODI series.

However, Riaz remained optimistic throughout and said that he does not want to waste the opportunity he has got.

"You can't say it was unfair (that I was selected). I kept on hearing that I might be chosen for the Australia series or the one against England, but it didn`t work out. It was Allah's will that my selection was meant for the World Cup directly, but I have been praying that whatever happens should happen for good," he said.

"Being named in the squad and then not being able to perform will be another unfortunate thing as there is a lot of expectation. I hope for the best and want to take this opportunity to move on and perform," he added.

However, after Riaz's inclusion, Junaid Khan did not find a spot in the final squad even after being named in the preliminary 15-member team.

Riaz stated he understands Khan's situation and says he has also gone through similar situations.

"Every player wishes to play for Pakistan and the World Cup is the biggest challenge in your career. Obviously, he will be saddened and very frustrated, and must be thinking he had been treated unfairly. But when I was out for two years, I was thinking the same. At the end, this is the Pakistan team and its selectors, coaches and captains make the decision. I am sure this wasn't meant to hurt someone but it's for the country, and whatever they think is good for Pakistan," Riaz said.

Pakistan will face West Indies in their first World Cup 2019 clash on May 31.