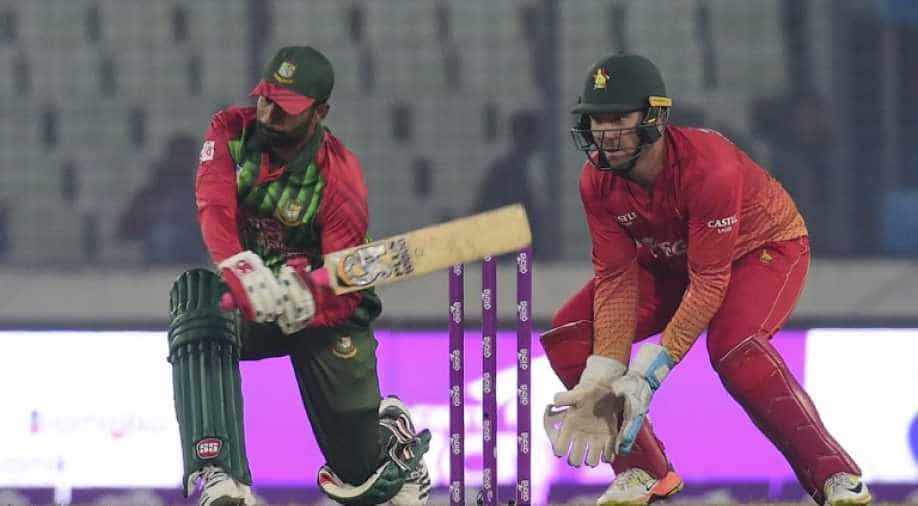 Opener Tamim Iqbal struck an unbeaten half-century to guide Bangladesh to an eight-wicket win over Zimbabwe in the opening match of a tri-nation one-day international tournament in Dhaka on Monday.

Tamim scored 84 off 93 balls at the Sher-e-Bangla National Stadium as Bangladesh cruised to 171-2 in just 28.3 overs.

Sikandar Raza top-scored for the visitors with 52 as well as taking 2-53.

Bangladesh never looked in trouble, with Shakib striking twice in the first over after skipper Mashrafe Mortaza won the toss and opted to bowl.

Mashrafe and Mustafizur Rahman quickly reduced Zimbabwe to 51 for four, before Raza provided some brief resistance to his dogged 99-ball innings.

Tamim, who hit eight fours and a six, lost his opening partner Anamul Haque early on for 19 but added 78 with Shakib (37) for the second wicket to set up the innings for Bangladesh.

Shakib -- who won the man of the match award -- said the win stood the hosts in good stead ahead of their match against Sri Lanka, the other team in the tri-nation series.

"Keeping up momentum is very important. This win should give us some confidence before facing Sri Lanka, who I think will offer us a tough challenge," he said.

"It was not one of those wickets where you could score easily. We had a lot of soft dismissals in our batting line-up," he said.

Zimbabwe play Sri Lanka in their next match of the tournament at the same ground on Wednesday.