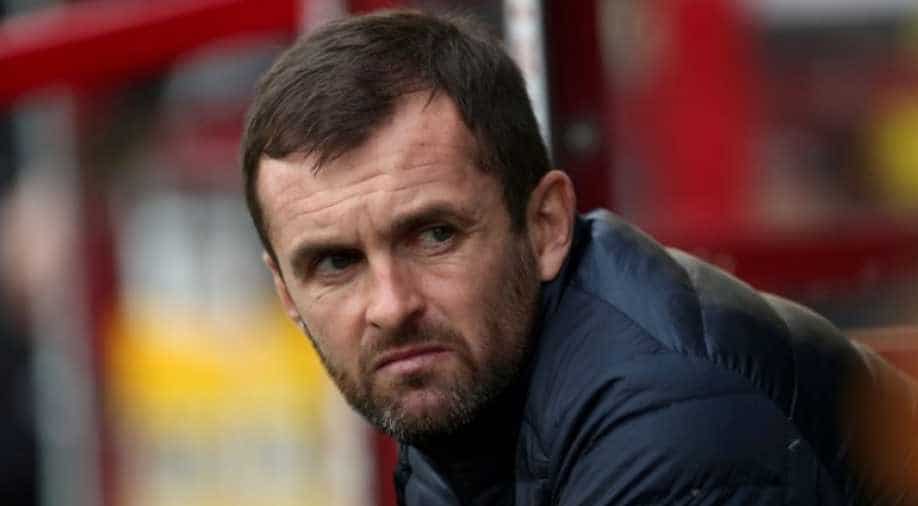 Jones led Luton to promotion from the fourth division last season and the club are in the hunt to go up again this year, sitting second in League One.

Stoke City have appointed Luton Town coach Nathan Jones as their new manager after the sacking of Gary Rowett, the Championship club (tier-two) said on Wednesday.

Jones led Luton to promotion from the fourth division last season and the club are in the hunt to go up again this year, sitting second in League One.

The 45-year-old Welshman will take over from Rowett, who was dismissed on Tuesday after a run of one win in six matches across all competitions for the club relegated from the Premier League last season.

"Nathan is an incredibly driven and passionate individual and we are delighted to have secured his services for Stoke City," Stoke owners John Coates and Peter Coates said in a statement.

"We have been following Nathan's career for some time and when we met him were hugely impressed with his clear vision as to how he will achieve success at Stoke."

Before taking over at Luton, Jones worked as assistant manager at Brighton & Hove Albion under Oscar Garcia and first-team coach under both Sami Hyypia and Chris Hughton.

Jones arrives at the bet365 stadium after the Stoke agreed a compensation package with Luton.

The Staffordshire-based club were expected to make a swift return to the Premier League having spent the last 10 seasons in the top division, finishing ninth for three straight seasons from 2013-14.

However, the poor form that saw Stoke relegated has spilled over in the second division as they slipped to 14th in the standings after eight wins in 26 matches.

Jones' first game in charge at Stoke will be a league trip to Brentford on Saturday.