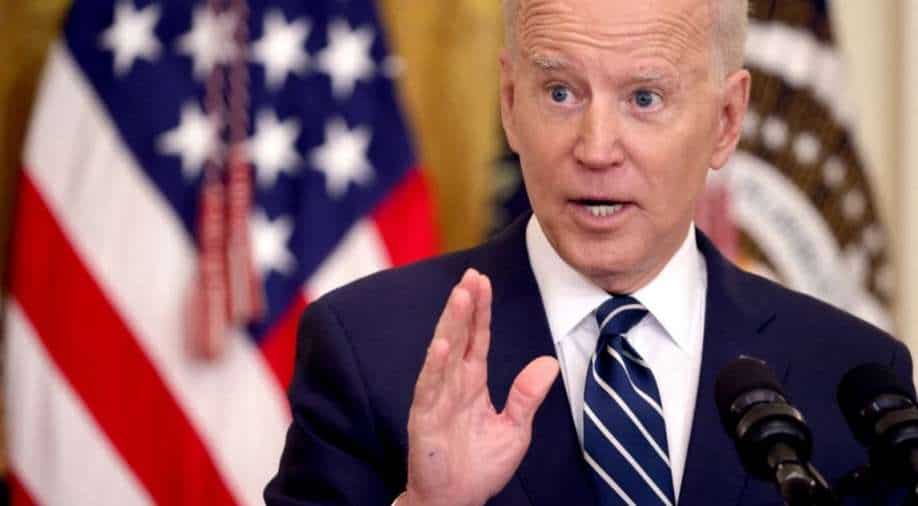 Biden made his comments as part of an interview with US sports broadcaster ESPN which aired Wednesday night.

American President Joe Biden says US sports teams are making a mistake if they ignore the science and allow fans back into stadiums at full capacity and without aggressive Covid-19 restrictions.

Biden said the Texas Rangers are not being "responsible" by allowing 100 per cent capacity at Globe Life Field on Major League Baseball's opening day. The National Football League said earlier this week it plans to play games beginning in early September at full capacity.

"Well, that's a decision they made. I think it's a mistake," Biden said of the Rangers filling their 40,300 seat stadium. "They should listen to Dr. [Anthony] Fauci, the scientists and the experts. But I think it's not responsible."

Biden made his comments as part of an interview with US sports broadcaster ESPN which aired Wednesday night.

He also emphasized the importance of wearing masks and continuing to follow safety and health restrictions to prevent the spread of the coronavirus which has killed over 550,000 Americans since the global pandemic started. Texas has seen almost 50,000 people die, which is more than Canada and Sweden combined.

"In terms of it being responsible [for stadiums to open at full capacity] -- you see what's happening in Europe now when they lifted the mandates. I don't know why we don't just follow the science and beat this," Biden said.

The Washington Nationals said this week that five players would miss Thursday's season opener against the New York Mets because of Covid-19 protocols, including one undisclosed player who tested positive. The Nationals plan to open their stadium to 5,000 fans, at 12 per cent capacity.

When asked what he would tell athletes who are reluctant to get the vaccine, Biden remarked, "I'm president of the United States and I got vaccinated. I don't have an unimportant job. Would I take the vaccine if I thought it was going to hurt me? We have done incredible research on the vaccines and they have shown that they work. We have to get to the point where enough people have taken the vaccine so we diminish the possibility for (the virus) to spread."

Tennis players Elina Svitolina and Aryna Sabalenka, who are in Florida this week competing in a WTA tournament, have said they are reluctant to get the vaccine because of various concerns, including how fast it was rolled out.

Biden also addressed the anti-mask contingent, saying "Some people think they are being tough guys by not wearing masks, but guess what, they are just hurting themselves and other people."

Biden also talked about the importance of pay equity between men and women and described First Lady Jill Biden as a die-hard Philadelphia sports fan.