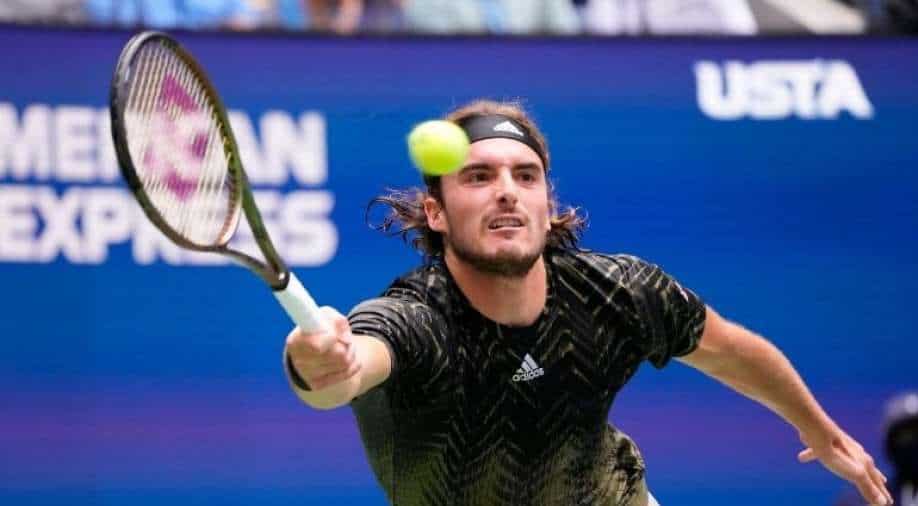 World number three Stefanos Tsitsipas retired from his second-round match at the Paris Masters against Australian Alexei Popyrin on Wednesday with what appeared to be a right arm injury.

The 23-year-old Greek was trailing 4-2 during the first set when he called the trainer on court before shaking hands with his opponent to signal his retirement.

Tsitsipas declined to share details of his physical condition but added that he did not want to aggravate the problem ahead of the ATP Finals from Nov. 14-21 in Turin, Italy.

"I haven't retired once in my life, and it was something that I had to do today," he told reporters. "I'm trying to be precautious for the next tournament, which is the most important one for me.

"My arm has been -- I have had an issue there for quite a while now. It has gotten bigger in the last couple of weeks, so I'm just trying to protect it.

"I felt the pain playing in the match, and I just don't want for it to get worse than it is now."

The season-ending ATP Finals is played between the top eight men's singles players and doubles teams.

Tsitsipas, world number one Novak Djokovic, US Open champion Daniil Medvedev, Alexander Zverev, Andrey Rublev and Matteo Berrettini have qualified for the event with two spots yet to be confirmed.

"I know how to treat it, but playing every day, going out on the court practising doesn't make it better," the French Open runner-up added.

"It hurts a lot not to be able to play at the level that I'm expected to play, and I'm expecting myself to play.

"I'm going to have treatments. I'm going to try and have the best people treat me, and give me the best advice. Anything possible to recover and be 100% again."