Milner counts on Liverpool's style of play to beat Barca 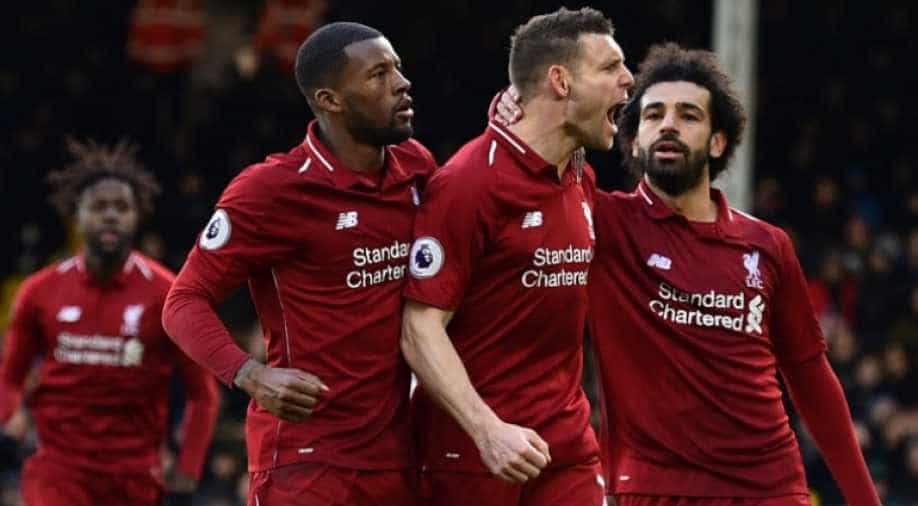 Liverpool, who comfortably eased past Porto to reach the semi-finals, will travel to the Nou Camp for the first leg on May 1 with the return leg at Anfield a week later on May 7.

Liverpool's James Milner is confident his side can beat Barcelona in the Champions League semi-final and said the Premier League club's style of play can cause the Spanish champions problems.

Liverpool, who comfortably eased past Porto to reach the semi-finals, will travel to the Nou Camp for the first leg on May 1 with the return leg at Anfield a week later on May 7.

"We can beat Barca but we know it will very tough," Milner told reporters. "They're a strong team and it is a tough place to go but I don't think they will have played too many teams with the style we play either.

"I've been there a couple of times in the knockout stages with (Manchester) City and not got the right result, so hopefully it is third time lucky for me. They're a team full of great individual talent and a great side too.

"The Camp Nou is a fantastic stadium and a fantastic place to play with a great atmosphere. It will be very tough and we'll have to be at our best but (it's) tough for them too."

Barcelona, who eliminated Manchester United with a 4-0 aggregate score to advance, are eyeing the treble this season. The Catalans have a nine-point lead in the La Liga standings and are also in the final of the Copa del Rey.

Milner is counting on Liverpool's European experience over the last two seasons to get them over the line. They beat Porto, Manchester City and AS Roma in the knockout stages last season to reach the final where they lost to Real Madrid.

"Over the last couple of seasons, with the teams we've beaten in the Champions League, we should go there with confidence no matter how tough it is going to be," Milner added.

"I'm sure you can see in this year's run and in games when things haven't been going well that we've got the experience. We have been there before and know how to get results."