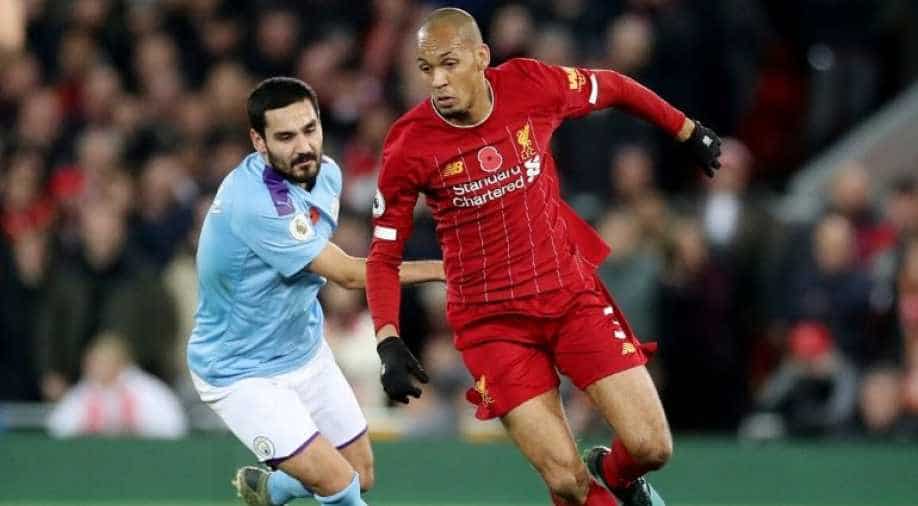 The goal was checked by VAR and allowed to stand as Liverpool went on to clinch the victory and move nine points clear of City in the Premier League title race.

Manchester City players were left fuming in the dressing room after watching replays of Liverpool's controversial opening goal in a 3-1 loss at Anfield on Sunday, midfielder Ilkay Gundogan has said.

Liverpool defender Trent Alexander-Arnold appeared to handle the ball inside his own box in the sixth minute but instead of a City penalty the hosts broke and 22 seconds later Fabinho drilled in a spectacular goal from outside the box.

The goal was checked by VAR and allowed to stand as Liverpool went on to clinch the victory and move nine points clear of City in the Premier League title race.

"We saw the incident again in the dressing room afterwards and for me, obviously, it's a penalty - but if you ask a Liverpool player they would say, 'You can give it but it's maybe a 50-50 situation,'" Gundogan told reporters.

"It takes a tough mentality to fight against that and unfortunately they scored the second straight after."

City are aiming to become the first team since Manchester United in 2009 to win three consecutive Premier League titles but now occupy fourth spot in the table.

Last season, City recovered in the second half of the campaign to erase Liverpool's 10-point lead at the top and Gundogan wants the same level of commitment from his team mates.

"We have to accept it, but there is a long way to go. Last season in January we were quite far behind and able to turn it around," Gundogan added.