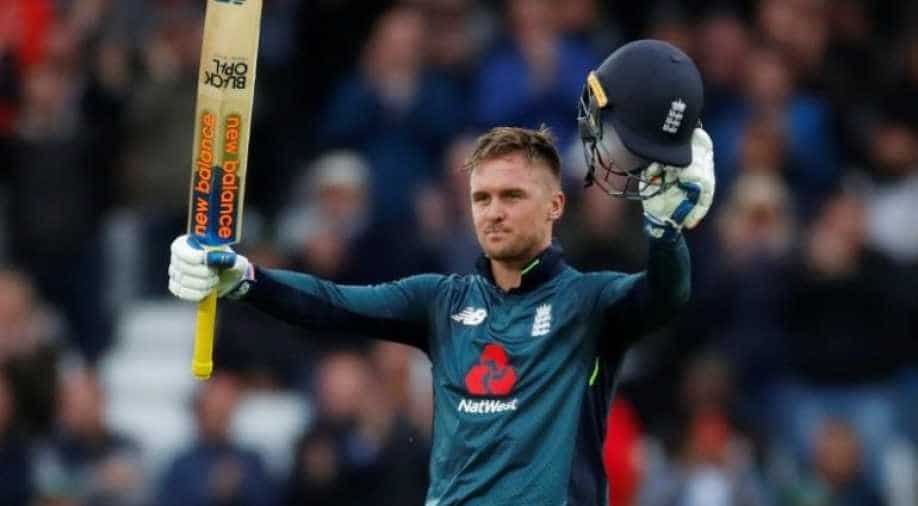 Jason Roy and Ben Stokes helped England defeat Pakistan by three wickets in the fourth ODI of the five-match series on Friday at Trent Bridge.

With this win, England has now taken a 3-0 unassailable lead in the series.

Chasing a score of 341, Roy and Stokes registered the scores of 114 and 71 respectively.

In pursuit of the target, England got off to a good start as both openers Roy and James Vince provided a solid foundation to the team as they stitched together a partnership of 94 runs.

Their stand was broken in the 14th over as Mohammad Hasnain dismissed Vince (57).

Joe Root came out to bat next and he along with Roy put up a 107-run stand.

Joe Denly and Tom Curran played useful knocks of 17 and 31 respectively to ease the pressure on Stokes at the other.

In the end, Stokes took England over the line by three wickets and with three balls to spare.

Earlier, Babar Azam's knock of 115 runs helped Pakistan put 340 runs on the board in the allotted fifty overs.

Fakhar Zaman and Babar Azam put up a 107-run stand to allow Pakistan to have a solid base at the top.

Mohammad Hafeez came out to bat next, and he along with Zaman stitched together a 104-run stand, allowing Pakistan to be in a comfortable position at the 30-over mark.

Hafeez was dismissed for 59.

In the end, Shoaib Malik (41) and Sarfaraz Ahmed (21) played useful cameos to allow Pakistan to score 340 runs in the allotted 50 overs.

England next takes on Pakistan in the final match of the five-match ODI series on Sunday, May 19.