IPL 2022: CSK attain unwanted record as defending champions off to their worst-ever start in a season 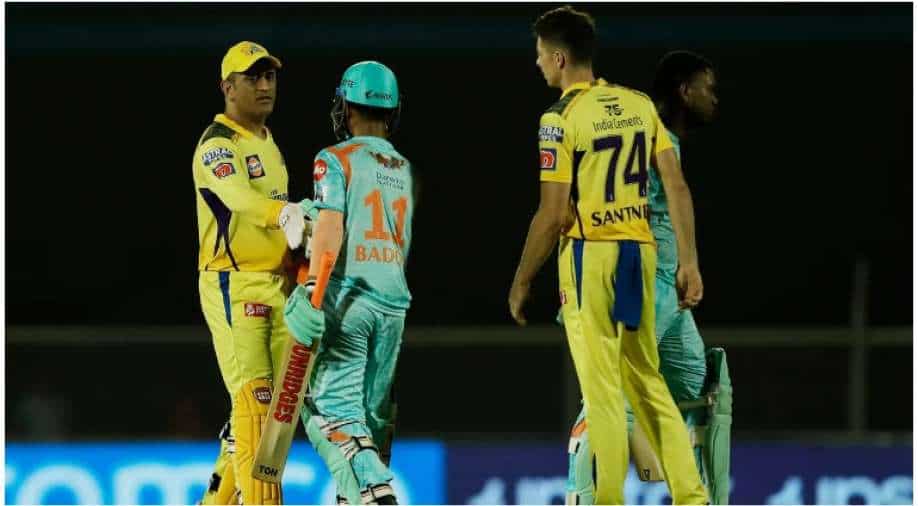 IPL 2022: CSK off to their worst-ever start in a season after LSG defeat. Photo (IPL/BCCI) Photograph:( Others )

IPL 2022: After defeat to the Lucknow Super Giants (LSG), Chennai Super Kings (CSK) have got off to their worst-ever start in an IPL season by losing the opening two games.

With this defeat, CSK registered an unwanted record. In their 13th IPL, it became the first time for the defending champions and four-time winners CSK to lose the opening two games. Earlier, CSK had gone down to last year's runners-up Kolkata Knight Riders (KKR) in the 15th season's opening clash, at the Wankhede Stadium, Mumbai, also losing by six wickets.

In the points table, CSK are languishing at the eighth spot and need to revamp as soon as possible to address the early collapse and bounce back in style.

They next face Mayank Agarwal-led Punjab Kings (PBKS) on Sunday (April 3) at the same venue.