IPL 2018: Virender Sehwag to come out of retirement, to open for Punjab against Delhi 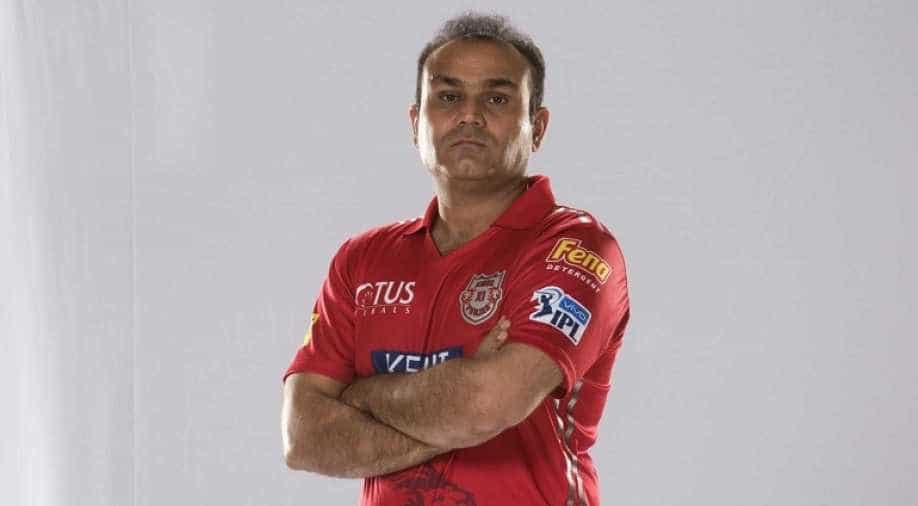 Batting legend Virendra Sehwag is all set to come out of retirement and open for the Kings XI Punjab in their opener in Indian Premier League (IPL) 2018.

As per reports, the retired Indian Opener will open the Punjab innings against Delhi Daredevils in the absence of Aaron Finch.

The decision, which was taken at the team preparatory camp in Mohali after a long deliberation by captain Ravichandran Ashwin, coach Brad Hodge, Director of Cricket Operations Virender Sehwag himself and the team management.

The IPL franchise even took to Twitter to confirm the news.

BREAKING NEWS:
You're in for a real treat. @virendersehwag will take the field in Vivo @IPL once again, replacing @AaronFinch5 for the season opener. It's deja vu all over again ?#LivePunjabiPlayPunjabi #KXIP #VIVOIPL https://t.co/0fKHF24Tuv

However, the news is seen as a prank too, being 1st April.

April 1 is known as April Fool’s Day, so when Punjab announced the news it looked like a prank being played by the franchise as their Director of Cricket Operations has been out of the circuit for a while now and is not a registered player.

But, some even took the news seriously after Yuvraj Singh to confirm the news

"Yes @virendersehwag has been working very hard in the nets looking forward to see him play again," Yuvraj tweeted.

Yes @virendersehwag has been working very hard in the nets looking forward to see him play again ??

Ever since Finch announced his unavailability in Punjab’s opening encounter owing to his marriage, the team has been pondering over the right top order combination.

As a result, the run-machine Sehwag was finally asked to step up to the plate and he obliged, as per reports.

Sehwag was last seen batting at the recent Ice Cricket matches in St Moritz. He scored 62 off 31 in the first match and 46 off 22 balls in the second match there.