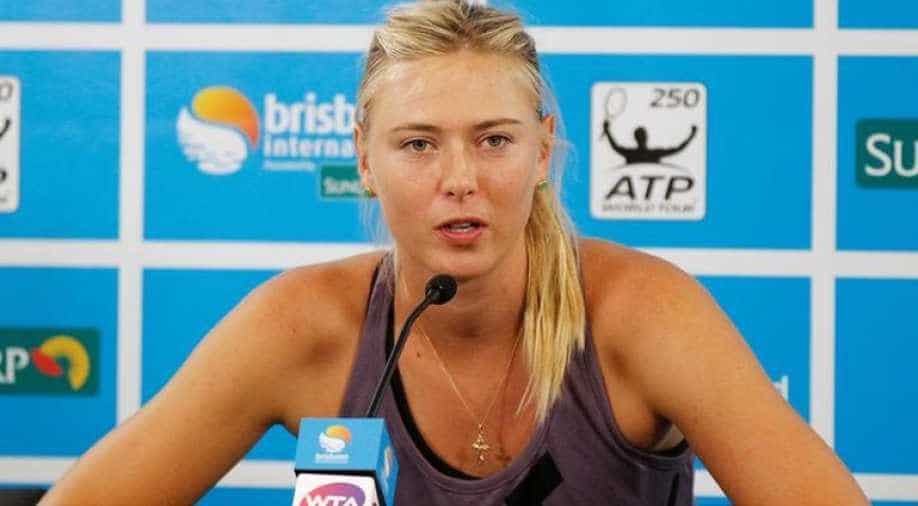 Sharapova said she will not request a wildcard at Wimbledon. Photograph:( Reuters )

Former Wimbledon champion Maria Sharapova said she will not request a wildcard into this year's championships after failing to gain a high enough ranking for direct entry to the main draw.

The 30-year-old Russian, who returned last month from a 15-month doping ban, said on her website she would play in the qualifying event staged the week before.

"Because of my improved ranking after the first three tournaments of my return, I will also be playing the qualifying of Wimbledon in Roehampton, and will not be requesting a wildcard into the main draw," Sharapova said on her website.

Set to enter the top 200 on Monday, however, she is eligible to play in the qualifying event the week before in Roehampton, where she would need to survive three rounds just to take her place in round one at the All England Club.

Sharapova could have secured a place in the Wimbledon main draw by right had she reached the semi-finals at the Italian Open in Rome, but she withdrew injured during a second round match against Mirjana Lucic-Baroni.

"I have already started getting treatment on the injury I sustained a few days ago in Rome, and will begin my preparation as soon I get better," the five-times grand slam champion said.

Her decision takes the heat off the Wimbledon wildcard committee which meets on June 20 and could technically still offer her automatic entry into the main draw.

However, in light of the decision of French Tennis Federation (FFT) on Tuesday to snub Sharapova for a French Open wildcard, they would have been under pressure to follow suit.

Sharapova was initially banned for two years after testing positive for then newly-banned heart condition drug meldonium at the 2016 Australian Open. The Court of Arbitration for Sport (CAS) reduced the sanction to 15 months, saying she was not an "intentional doper".

The US-based player called her punishment "unfairly harsh" saying she had not realised meldonium, a product she had used legally for much of her career, had been added to the World Anti-Doping Agency (WADA) banned list.

Her comeback has been aided by wildcards in Stuttgart, where she reached the semi-finals, Madrid and Rome.

Several players have voiced their disapproval at Sharapova's return, most noticeably Canada's Eugenie Bouchard who said Sharapova should have been banned for life, calling her a "cheater". Bouchard beat Sharapova in Madrid.

Sharapova will have to break new ground if she is to win Wimbledon this year as no qualifier has won the women's singles title.

American Alexandra Stevenson came closest when she reached the semi-final in 1999 before losing to Lindsay Davenport.