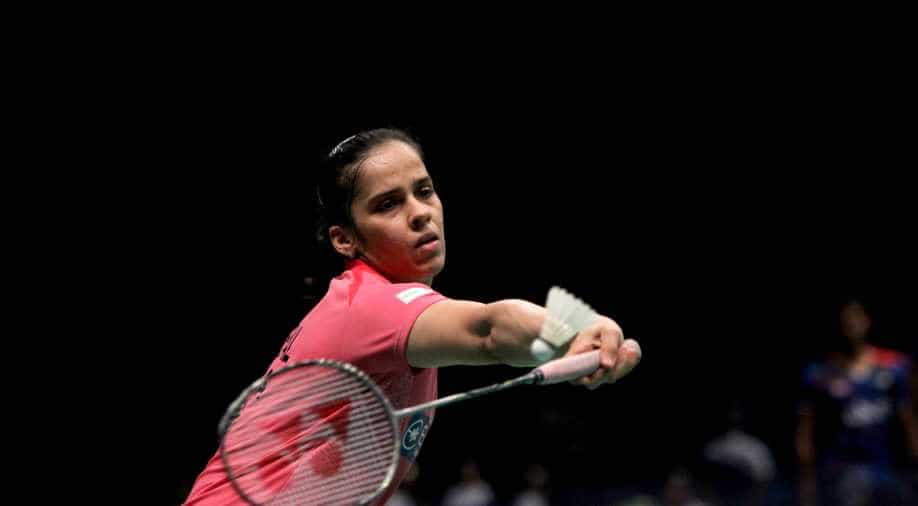 Nehwal, pictured earlier this year, will be participating in her third Olympics and is considered a credible medal-winner for India following her victory at the Australian Superseries event in June 2016. Photograph:( Getty )

Follow Us
Indian badminton player Saina Nehwal is better equipped to win a medal in Rio in August than she was when she claimed a bronze at the London Olympics four years ago, according to former All England champion Prakash Padukone.

Hopes that the former world number one can turn bronze into a first Olympic gold medal in the sport for her country were raised when Nehwal won the 2016 Australian Superseries title.

Rio will mark a third Olympics for Nehwal, who beat former world champions Ratchanok Intanon of Thailand and Wang Yihan before overpowering China's Sun Yu in the final in Sydney.

"Saina has a lot more variety now," former men's world number one Padukone said in an interview. "I think she plays a lot more at the net now. Earlier her game was more or less predictable. She had a few strokes, she used to keep playing them and there were not many variations. Now she has developed a lot more strokes, specially at the net. She is much more confident and that has made a big difference."

The victory in Australia came at just the right time for Nehwal, who had failed to reach a World Superseries final since last November in China, and was returning from an Achilles injury she sustained at the end of last year.

Padukone, who won the All England title in 1980 long before badminton was admitted to the Olympics in 1992, said the 26-year-old's game just needed a bit of tweaking.

"Tactically she can do a little bit more. Maybe a plan A and plan B, which I'm sure she already has," said Padukone. "Maybe if something doesn't work, then she has to have a different plan. It's just the question of a little bit of polishing. She definitely has everything otherwise she wouldn't have been where she is."

China has long been the dominant force in the sport, sweeping all five titles at London four years ago, but their shuttlers no longer top the world rankings heading to Rio. While Malaysian Lee Chong Wei tops the men's singles rankings, Carolina Marin of Spain leads the women's list with Nehwal in sixth place.

World Badminton has also limited each nation to two singles entrants in each event, down from the three at London and previous Games. Padukone feels that makes a Chinese sweep of badminton gold in Rio less likely.

"They are no longer the dominating force going by the results we have seen in the last 12 to 24 months," Padukone said. "Earlier when the draw used to come, everybody used to hope there are no Chinese. That's no longer the case, that fear is not there anymore. That's good for the game. For the Indians, though they wouldn't say it, but it used to be a mind-block."

India's best chance of medals will come in the women's singles, Padukone said, where as well as Nehwal they have PV Sindhu ranked 10th in the world.

Padukone said the most important thing for the Indian shuttlers was to peak during the Rio Games.

"When you go there it doesn't matter if in the last two months you have beaten all the top players and you have been the world number one," Padukone said. "It's important that you reach the peak and play your best during that particular week. That's what will count ultimately and will be the key."