Watch: 'I dont want anything more': Indian fan screams after Messi waves at him from Paris balcony, video goes viral 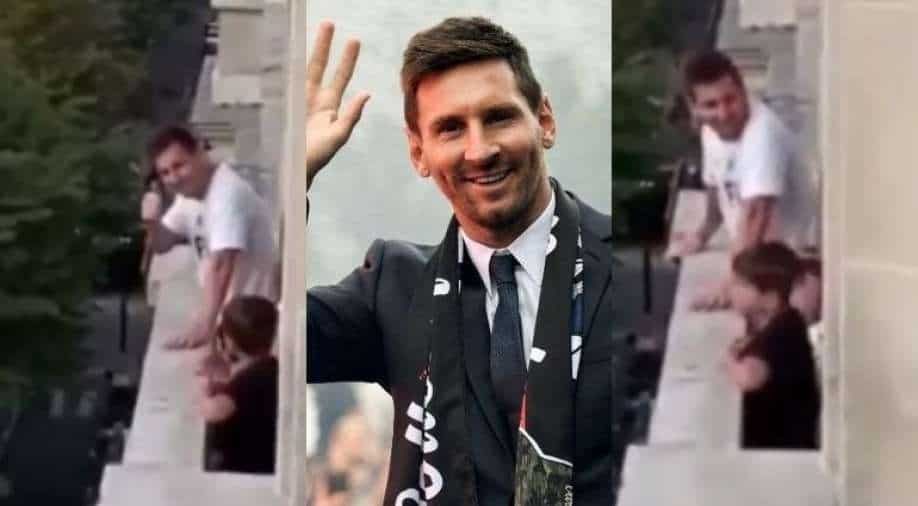 ALSO READ: Football: Here is how much Lionel Messi will be making at PSG - Check out the mind-blowing figures

Among the thousands of fans, there were few Indians who wanted to catch the glimpse of the football star. The Indian fans, who were on the adjacent balcony called out Messi's name, and the footballer acknowledged them. They uploaded the video of this 'unforgettable' moment on social media.

The video of Messi acknowledging the Indian fans spread like a wildfire on social media.

Here's the clip of the moment:

A Malayali’s ecstasy on having seen Lionel Messi on the balcony just beside his in Paris… pic.twitter.com/lb0oJF77Kb

The Indian fan kept screaming Messi's name and was shocked when the football icon acknowledged him. The overjoyed fan screamed "can't believe this" before he switched to his native language (Malayalam) and said: "Watch on sons, the king of football."

"There's nothing I want more than this", he said and thanked the star.

The move will add the Argentine, one of the best players of his generation, to an already formidable PSG attack that includes Brazil's Neymar and French World Cup winner Kylian Mbappe.

The arrival of Barcelona's record scorer, with 672 goals, will boost Qatari-owned PSG's ambitions to win the prestigious, and lucrative, European Champions League for the first time.

Nasser al-Khelaifi, the president and CEO of Paris St Germain, said it was an "amazing and historic day" to present Lionel Messi as a player for the French soccer powerhouse.

"He makes football magic, beautiful. He is a winner," al-Khelaifi told a news conference.

PSG wasted little time in targeting Messi after the heavily indebted Catalan club made clear it could not afford to keep him because of La Liga's financial fair play rules.