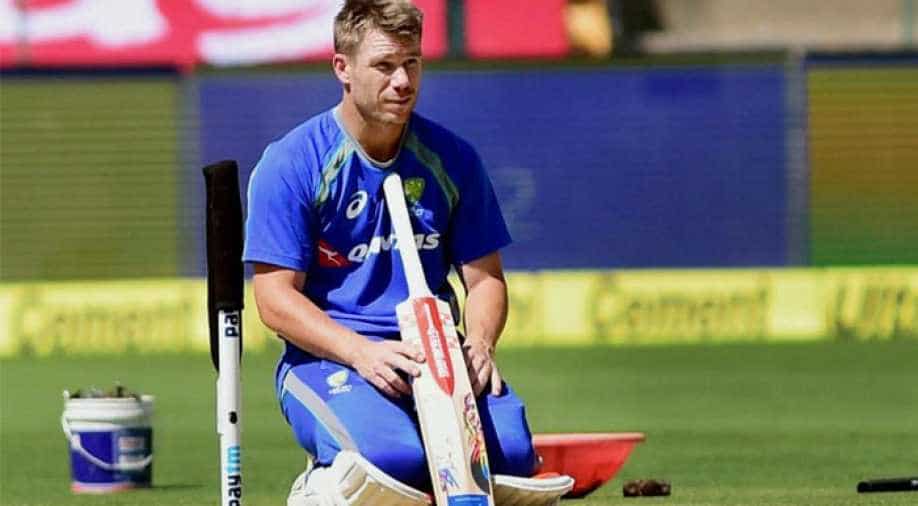 Lately, Smith was quoted as saying, "I don't want to know about it" when Warner indicated the need to do something with the ball and Bancroft said he was encouraged by Warner to tamper with the ball.

Both Smith and Bancroft held Warner responsible for the ball tampering scandal, which led to imposition of bans on all three cricketers.

While both Smith and Bancroft accepted their own responsibility in committing the mistake during the Test against South Africa at Centurion in March, they sought to put more blame on Warner.

Smith was quoted as saying, "I don't want to know about it" when Warner indicated the need to do something with the ball and Bancroft said he was encouraged by Warner to tamper with the ball.

"I don't know that it does," Roberts told SEN Radio, according to Cricinfo, when asked whether comments made by Smith and Bancroft and Smith would impact his chances of returning to the national side.

"Our focus is to work with Dave, who I spoke to about three days ago on his integration plan. I think what is really important is that Dave, Steve and Cameron will really need sign to up to the players' mantra that everything they do is really seeking to make Australians proud. Our non-negotiable expectation is that we compete with honour."

Roberts said they are now looking forward instead of dwelling on past.

"The Cape Town incident happened nine months ago, the investigation was conducted, the sanctions were handed down, and our focus now is working towards the reintegration of the players. Our focus is on that reintegration and moving forward as to how we can support all of the players through that period.

"Our focus is on how we proactively look forward and work with the players, rather than be concerned with what has happened in the past."

The timing of Smith and Bancroft's interviews during the Boxing Day Test and the content aired has perhaps not gone well with CA and even former captain Ricky Ponting was critical of the interviews.

"I just don't think he (Bancroft) had to say some of the things he had to say to be honest," Ponting said on Seven.

Ponting said Smith may have hurt his brand by it but is still capable of leading the side again.

"Even the way he presented himself in that interview, he's trying to rebuild his brand and that sort of thing, and I think some of the things he's had to say have actually done more damage to his brand than what had happened before."