Copa Libertadores final to be played outside Argentina 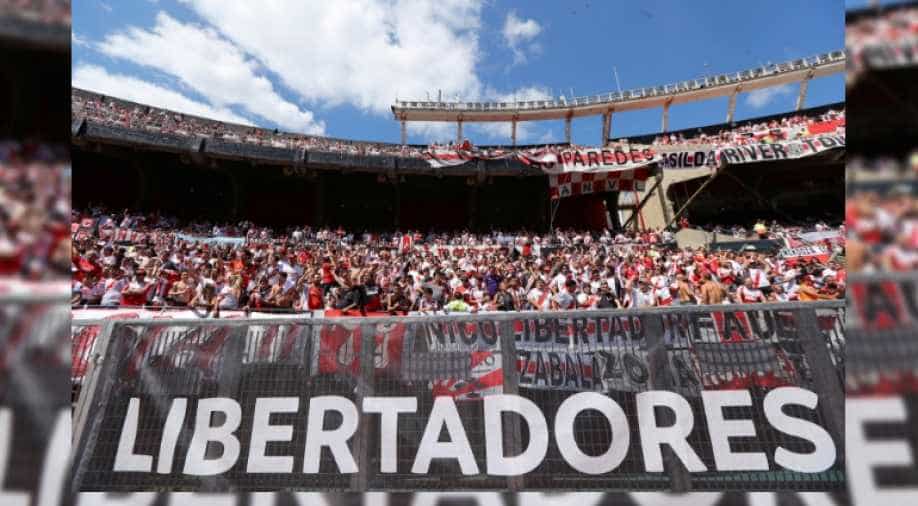 Following a meeting with the two Argentine clubs' presidents in Asuncion, Conmebol said the match, to take place on 'December 8 or 9,' would be at an as yet undecided venue.

Following a meeting with the two Argentine clubs' presidents in Asuncion, Conmebol said the match, to take place on "December 8 or 9," would be at an as yet undecided venue.

The original second-leg clash between the two Buenos Aires clubs at the weekend was postponed after Boca players were injured in an attack on their team bus by River fans with pepper spray, stones and sticks.

A Conmebol statement moments earlier said that due to the weekend "violence... that put players, officials and fans at risk... it would not be prudent to play the final in" Argentina.

The tie is delicately poised following a 2-2 draw at Boca's Bombonera home just over two weeks ago.

The second leg had to be postponed after Boca players suffered cuts from broken glass and from smoke inhalation when their bus was attacked by River fans on the way to the Monumental Stadium in the Argentine capital on Saturday.

It was originally postponed by 24 hours before Conmebol announced on Sunday that it was being suspended indefinitely ahead of Tuesday's meeting at the body's headquarters in the Paraguayan capital.

Some potential final venues have already expressed an interest in hosting the derby dubbed a "superclasico", and the most important in Argentine club football history, as it pits the two most popular teams in the country in the continent's most prestigious final.

The group that runs the Atletico Mineiro stadium in Brazilian city Belo Horizonte offered on Tuesday to host the match.

That came a day after the Italian city of Genoa cited cultural links between the city and Italian immigrants to Argentina in the early 20th century as it suggested the Marassi stadium as a potential venue.